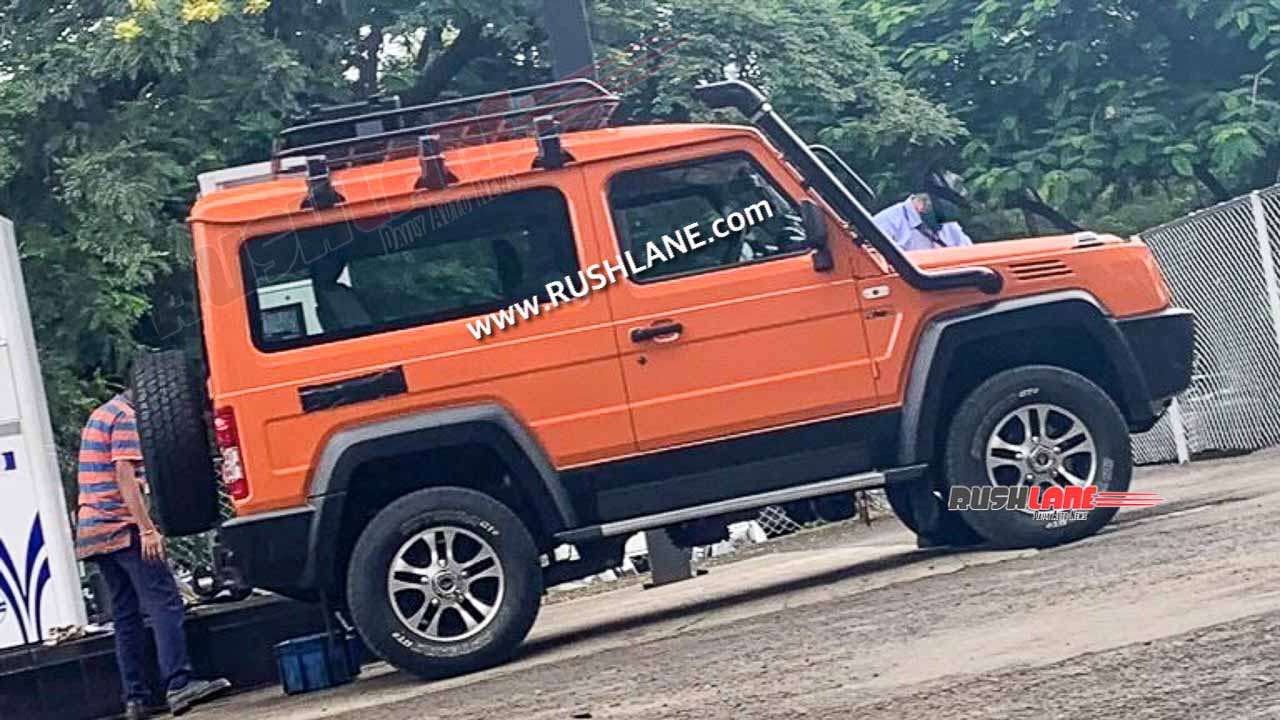 Apart from several styling modifications on the exterior, the new Force Gurkha will also get a completely updated interior

The new generation Force Gurkha has always been under the shadow of India’s leading affordable off-roader Mahindra Thar but is capable of treading on equally, if not more, roads. The SUV made its first appearance as a pre-production concept at the last edition of the Auto Expo in February 2020.

Since then, its launch has been continuously delayed due to various reasons, but most notably due to the ongoing COVID-19 pandemic. Meanwhile, test mules of the compact off-roader were frequently spotted on the roads in the past few months. Recently, Force Motors teased the updated Gurkha on social media, indicating its imminent launch.

With its launch around the corners, the SUV is being seen testing the pre-launch tests. The previous and recent spy shots have confirmed that there will be no significant change in the design of the Gurkha despite some subtle styling modifications.

The new Gurkha will reportedly be available in two derivatives – three-door and five-door. Initially, the former will be launched and as per sources will be offered in only four forward-facing seats. The dealer showcase is scheduled from 6-7 September 2021.

The five-door version of the Gurkha will be launched at a later stage and may offer a different configuration. It will have a longer wheelbase and will compete with the five-door variants of the Thar and Maruti Jimny, which are currently under development. The new Gurkha retains its signature rough and tough appeal and boxy design. Up front, it gets a pair of familiar round LED headlamps with circular LED DRLs.

The SUV gets a new front grille and a redesigned bumper, which adds to its bold look. The reprofiled front bumper also gets a pair of new fog lamps and a rectangular air dam at the centre. The SUV retains its boxy silhouette with straight pillars and a flat roof. A snorkel is seen coming from the side of its clamshell bonnet to improve water wedding capabilities.

The massively flared wheel arches wrapped in thick blacked-out cladding further enhance the rigidity of the utility vehicle. The wheel arches are filled with newly designed 16-inch alloy wheels that are covered with thick profile tyres. The upcoming iteration of the Gurkha will be offered in new color options, some of them having a dual-tone theme with a black roof.

In the latest spy photos, monotone color schemes of orange and dark green are on display. Other exterior highlights include horizontal position taillamps, tailgate-mounted spare wheel and a wide window panel at the rear. Being a lifestyle vehicle, the Gurkha also gets a heavy-duty luggage rack on the roof and provision of a ladder on the side. The interior of the Gurkha will also be revamped with a completely new layout and more features on offer.

Powering the new Gurkha will be the BS6 updated Mercedes-Benz OM616-derived 2.6-litre diesel engine that can output 89 bhp and return 280 Nm of peak torque. This unit will be paired with a 5-speed manual gearbox as standard that will send power to all four wheels via a low-range transfer case.