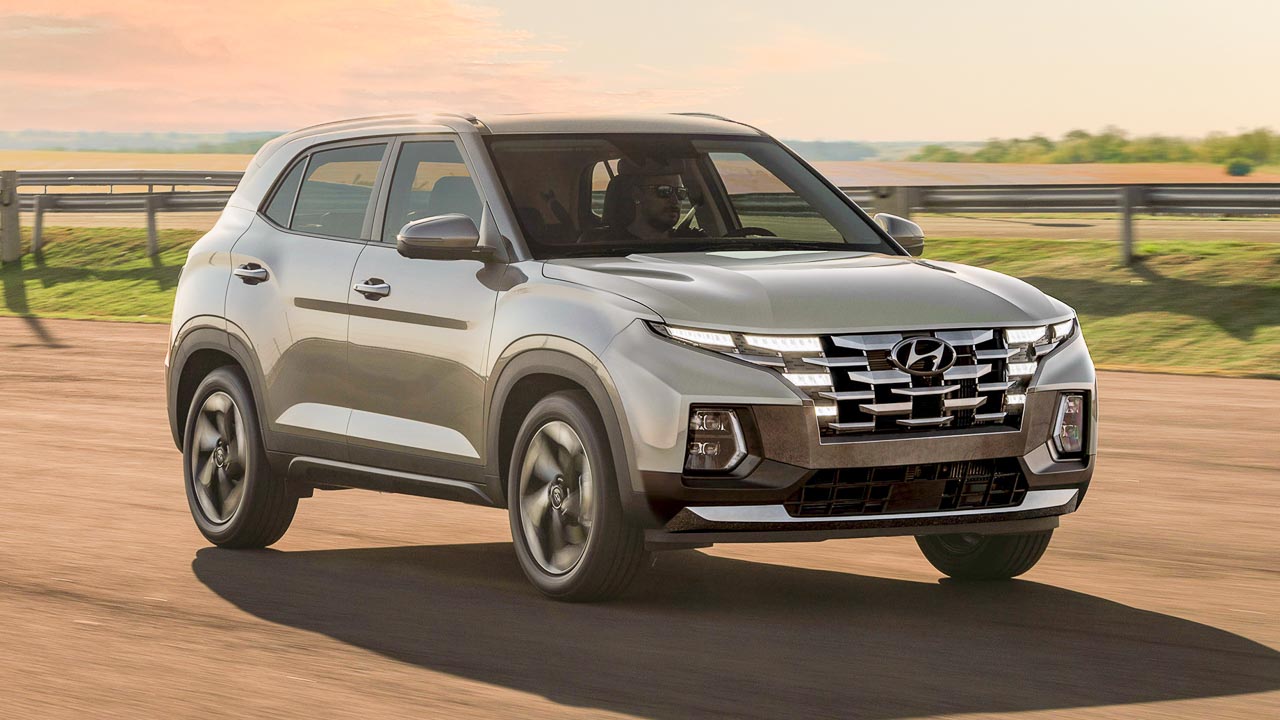 While Hyundai will soon launch a heavily updated Creta, a pickup truck derivative based on the same platform is highly unlikely for production

The Hyundai Creta is set to get a facelift next year which will include a comprehensive overhaul of its design. The updated Creta will sport a completely different outfit from its predecessor and is likely to share a close visual resemblance with the more premium Tucson.

The compact SUV made its first appearance in 2015 and made its India debut soon after 2016. Since then, it has not only been generating the highest sales volume in its segment but also the highest volume in the overall SUV space in India. The updated 2022 Creta has been designed based on the spy shots leaked earlier by KDesign.

As mentioned earlier, the facelifted Creta draws design inspiration from the new-gen Tucson which is currently on sale in several international markets. The most prominent update in the exterior design is the grille at the front which has a parametric jewel theme similar to the Tucson. The interiors of the grille integrate seamlessly into the LED DRLs on either side.

The entire front face looks different thanks to the vertically aligned pair of LED dual-beam projector headlights as compared to the C-shaped units in the current model. The revised lighting setup has also made massive changes to the front bumper which is much more muscular than the current Creta. The redesigned front bumper gets a slimmer air inlet apart from a silver colored faux skid plate.

The side profile looks similar to the current Creta with similar silhouette, creases and character lines. The rendered Creta also gets black cladding around the wheel arches and door sills, giving it a more traditional SUV appeal. The updated SUV is also expected to ride on newly designed dual-tone alloy wheels. At the rear, the illustration shows a completely different design with a revised taillamp design.

The SUV gets a pair of T-shaped LED taillights that are connected to each other by a thin strip of LED lighting running across the width of the tailgate with the Hyundai logo at the centre. The rear bumper gets a silver-coloured fake bash plate and reflector strip with turn indicators. Other styling highlights include a shark fin antenna, a roof-mounted spoiler and skid plates on the side door sills.

Pickup Truck Based on Creta

The 3D illustrator has not only rendered the upcoming Creta facelift but also digitally re-imagined the SUV as a pickup truck. This version takes inspiration from the Alcazar which is widely regarded as an elongated Creta.

Up front, the pickup truck gets the same 3D grille surrounded by chrome trims. The split-lighting setup has been carried over from the existing Creta. The front bumper gets the same fog lamp housing but a different skid plate and air intake vents.

Since it is a dual-cab iteration of a pickup truck, expect it to be much longer than the Creta. The side profile has the same character lines and is almost identical to the C column. It gets new petal-shaped dual-tone alloy wheels.

At the rear, it gets connected taillights similar to the Creta render. That said, it is highly unlikely for Hyundai to bring a pickup version of the Creta as a production model any time in the future.