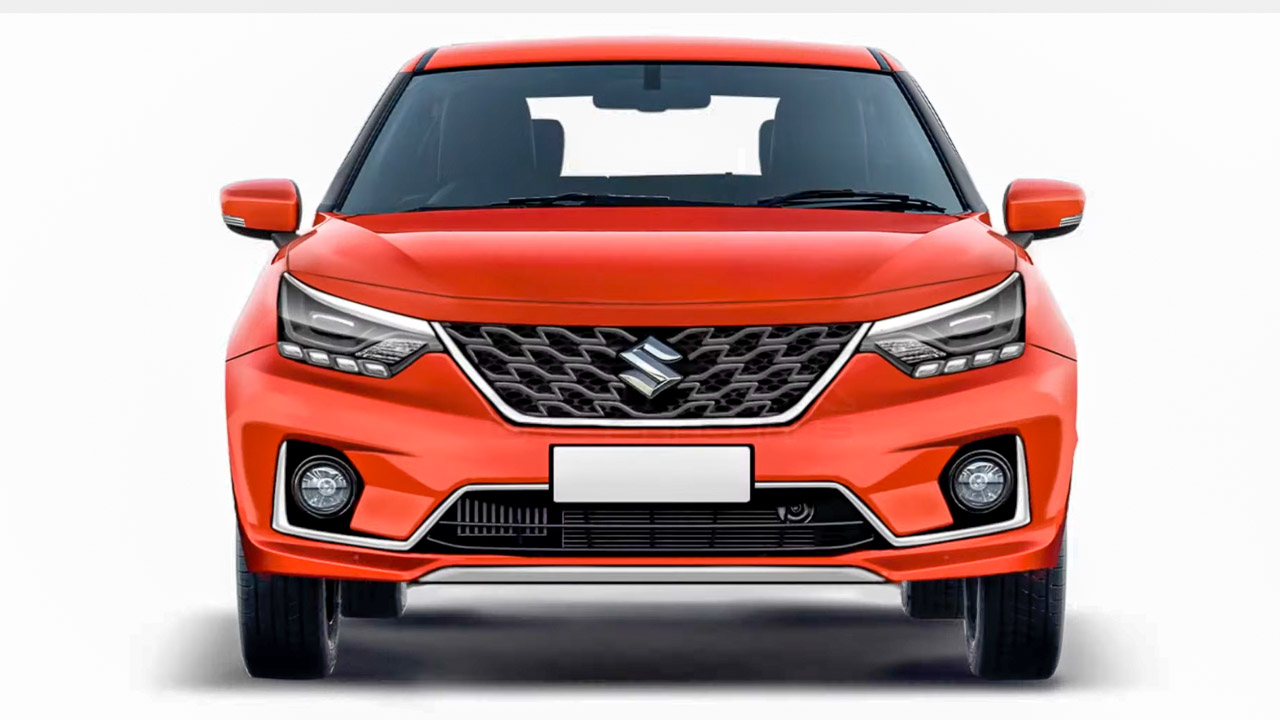 Maruti Suzuki India hasn’t launched any new car in almost 2 years. His last new car launch was the S-Presso in 2019. They had plans to launch the new generation Celerio last year, but the Covid-19 pandemic issues caused delays.

Apart from the Celerio, Maruti is also working on launching the new generation Baleno, spy shots that were posted recently. The premium hatchback made its India debut in 2015 and received a mid-life facelift in 2019. It is likely to get a new gen version next year.

A digital rendering of the updated Baleno has been created based on the spy shots leaked by SRK Designs and a video of the same has been uploaded on YouTube. Only the front end of the hatchback is presented as little details are understood from the spy images.

The latest rendering shows the 2022 Baleno with a completely redesigned face. The most prominent updates include a new and larger front grille with honeycomb mesh pattern along with sporty black inserts. There are redesigned rectangular LED headlamps on either side of the grille and LED DRLs have been installed at the top of the cluster, giving them a sharper look.

It also gets a reprofiled front bumper that gets new LED fog lamps, a wider air dam and a silver-finished faux skid plate. It also gets chrome trims around the radiator grille, air dam and fog lamps which add to the premium appeal of the hatch. The bonnet and ORVMs have been carried over from the current model with integrated turn indicators.

Though not part of this render, the rear end of the car will also get a slight update with reprofiled rear bumpers and redesigned sleeker LED taillamps. While the stubby tailgate of the current model is retained, it gets a more prominent integrated spoiler. The side profile is also expected to remain untouched with a similar silhouette though it may get a new alloy wheel design.

The updated Baleno is expected to get the same set of powertrains as the current model. This includes a 1.2-litre K12M VVT petrol unit and a 1.2-litre DualJet unit with SHVS mild-hybrid technology.

The former can churn out 82 bhp and 113 Nm of peak torque while the latter can churn out 89 bhp and the same amount of torque. Transmission options will include a 5-speed manual as standard with the option of a CVT automatic gearbox mated to the VVT ​​mill.

Currently, the Maruti Baleno is available in four trims Sigma, Delta, Zeta and Alpha, with prices ranging from Rs 5.98 lakh to Rs 9.44 lakh (ex-showroom). The new generation Baleno is expected to come with a slightly higher price tag.

Share
Facebook
Twitter
WhatsApp
Previous articleTahira Kashyap felt something like this at first sight, shared his old photo and told about his heart
Next articleBigg Boss 15: Makers approached these two big actors? talk about participating in the show
RELATED ARTICLES
Automobile