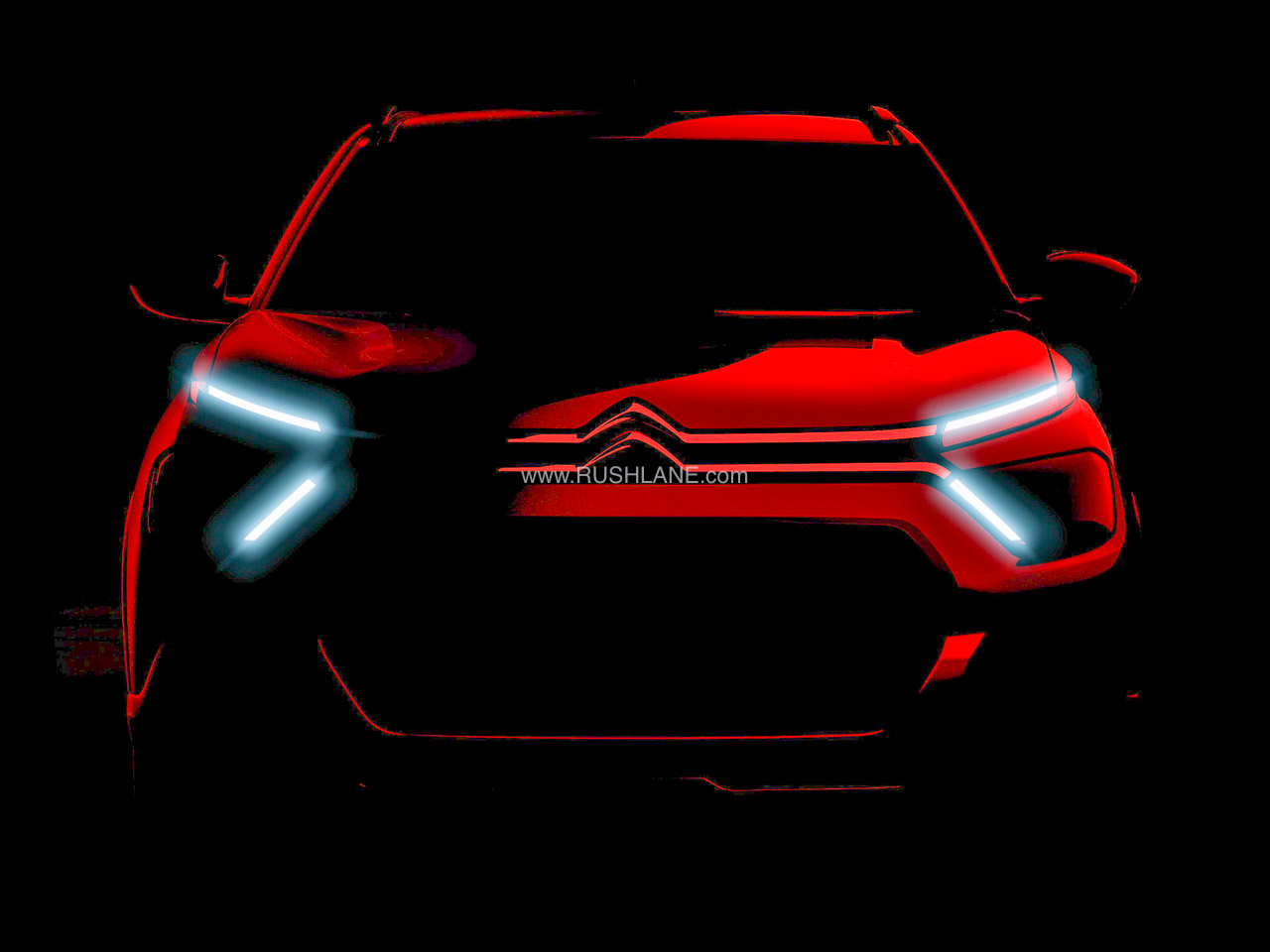 Citroen India has shared an official teaser of its upcoming tiny UV, which will make its global debut on 16 September

French automaker, Citroen entered India earlier this year with the C5 Aircross. It has been introduced in two variants of Feel and Shine, which are priced at Rs 29.90 lakh and Rs 30.40 lakh respectively. It is a CKD product, and serves a premium segment. Now the company is preparing to launch its entry-level, made in India small SUV – for the mass market.

In terms of looks, the Citroen mini SUV for India is expected to look similar to the C3 SUV from Europe, albeit smaller in comparison. As far as the platform is concerned, Citroen has confirmed that it will design the SUV on an India-specific platform and not on the parent platform of the C3. The platform is versatile for a variety of body types – compact SUV, hatchback or sedan and is suitable for varying engine options, be it electrical or hybrid.

Citroen is known globally for coming up with relatively unconventional designs and the Indian product is not expected to be any different. The teaser shared by Citroen gives a glimpse of the front design, which is very similar to the leaked prototype. It gets a distinctive front fascia sporting a chrome front grille and split headlamps.

As far as the powertrain options are concerned, there is no official update. Speculation suggests there are 3 engine options to be on offer. In the petrol line-up, the 3-cylinder 1.2-litre engine will be offered in two states, with a naturally aspirated version producing 83hp and a turbocharged version churning out 110hp. It will be the first car in India to support Flex Fuel.

surprisingly (As most OEMs are moving away from small diesel engines), could also be a 1.5-litre diesel unit. At first, a manual transmission will be offered as standard, though an automatic gearbox is expected to be added to the lineup in the future.

Citroen is planning a very high localization level for the SUV around 90-95% which it believes will help it get an aggressive starting ex-showroom price of around Rs 6 lakh. This new SUV will be made for India and India, but will also be exported to several other countries, with Latin America likely to be the primary market (outside India).

The company is also planning to launch a low-cost EV, which is expected to arrive by 2022. Post launch, the new Citroen C3 will take on the likes of Maruti Ignis and the upcoming Tata Punch.