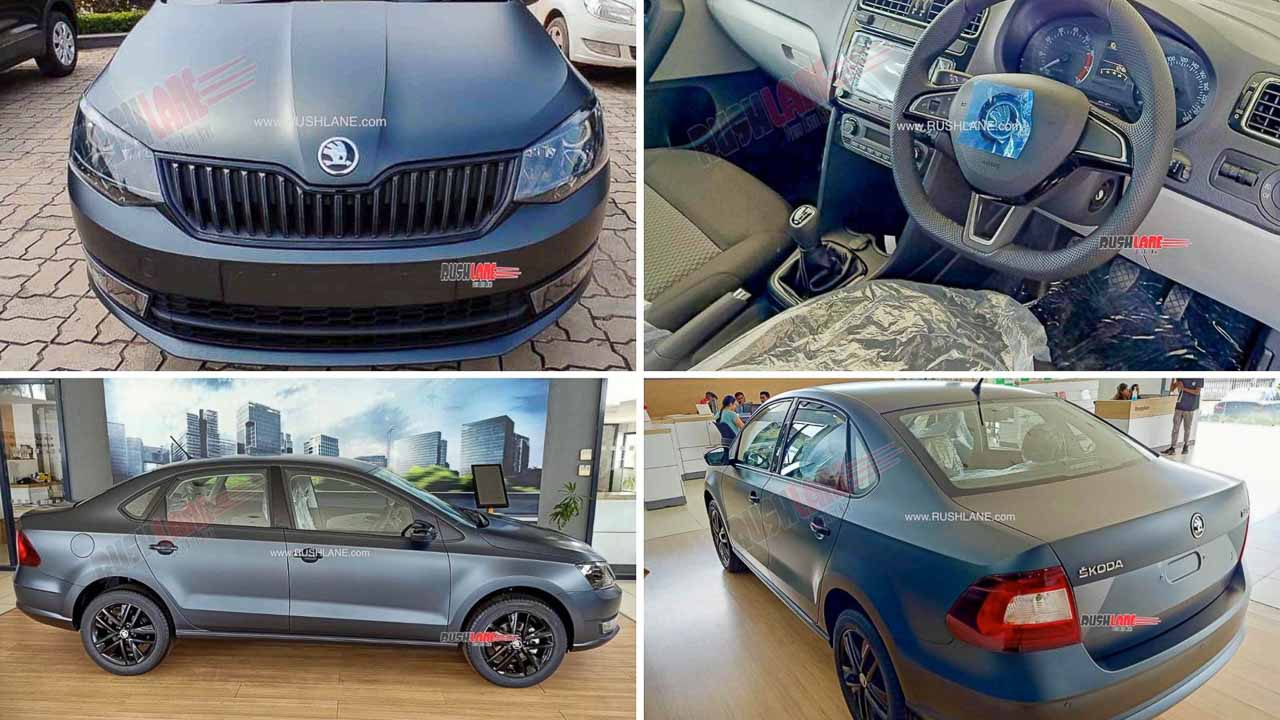 Introduced for the first time at last year’s Auto Expo, the matte version of the Skoda Rapid focuses on cosmetic enhancements on the exterior and interior of the sedan.

After the successful launch of the Kushak a few months back, a special edition model of the Skoda Rapid is all set to launch. The upcoming Rapid Matte variant will be a cosmetically enhanced iteration of the mid-size sedan which will be launched in the next few days. The first batch of display cars has started reaching dealer showrooms across India.

This special edition model was first showcased at the Auto Expo last year, but the carmaker did not reveal any specific launch timeline for the car. Ahead of its launch, the details of the Rapid Matte Edition have been leaked online revealing the specific features of the upcoming sedan.

The red highlights seen on the exterior of the matte variant that were previewed in the previous edition of Auto Expo have been missed. Inside the cabin, the interior is wrapped in a Taylor Gray color scheme with a sporty flat-bottom steering wheel.

The list of features in the equipment and cabin layout will be similar to that of the top-spec trim of the Rapid. The seats are wrapped under a premium black Alcantara leather cover.

Among the features, the only notable addition is a reverse parking camera. Rest of the features will remain the same as the top-spec Monte Carlo trim, which includes 8-inch Android touchscreen infotainment unit, auto climate control, power adjusting and folding mirrors, auto headlamps and wipers, LED DRLs with projector lighting and power windows with a . – Touch operation on all four windows.

Safety is taken care of by four airbags, rear parking sensors, ABS with EBD, ESC and hill-hold function in the automatic transmission variants. Mechanically, the matte version of the Rapide will be identical to the standard version of the sedan.

It will be powered by a 1.0-litre 3-cylinder TSI turbo petrol engine that makes 109 bhp and 175 Nm of peak torque. This unit is mated to either a 6-speed manual or a 6-speed torque converter automatic gearbox.

When launched, the Rapid Matte variant is expected to be priced at a premium of Rs.30,000 over the standard Rapid Monte Carlo variant. The Rapid is currently exiting the Indian market and will soon be replaced by a new mid-size sedan tentatively called the Slavia. The new model will be bigger and more premium offering than the existing Rapid and is expected to be launched early next year.