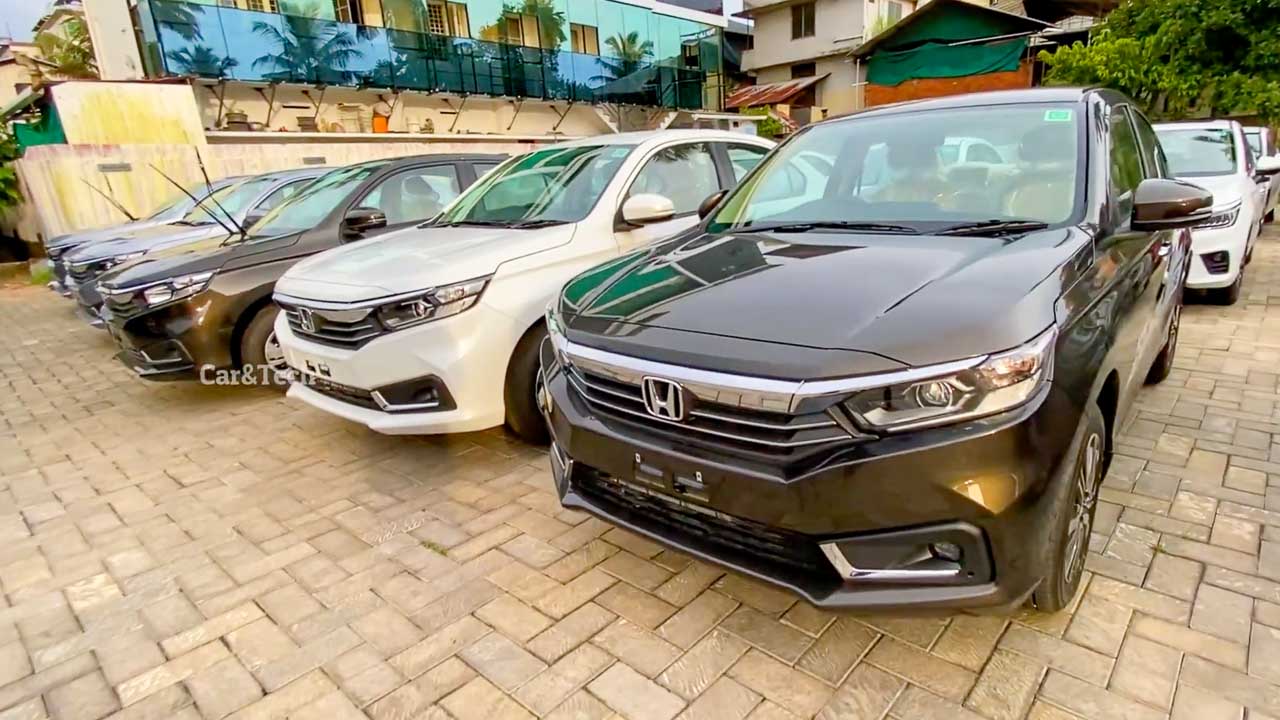 Top performers include the Jazz and WRV along with the new Amaze as well as the City sedan. Honda car exports have also posted significant gains. From 450 units in August last year, exports increased to 2,262 units in August 2021. This is an increase of over 400 percent.

A significant percentage of the sales of Honda cars in the domestic market comes from the Amaze facelift that was launched on 18 August. Amaze sales stood at 6,591 units in August, which is close to 60% of the company’s total domestic sales.

With this, the Amaze easily qualifies as one of the most loved family sedans in the country. In terms of volume, Amaze could now be at the second position in the list of bestselling sedans in August. It could be ahead of its rivals Hyundai Aura and Tata Tigor while keeping behind the Maruti Suzuki DZire.

To recall, the Amaze facelift came with a series of cosmetic updates. Improvements have been made to the front grille, headlamps, design of alloy wheels, tail lamps and other styling bits. The facelift is available with Model S and VX variants. The base E trim of the Amaze continues in its pre-facelift format.

Honda expects car sales to remain strong in the coming months. With the onset of the festive season, the carmaker is witnessing a strong demand for its products. Car sales are expected to pick up further with the festive season peaking around October-November.

Honda has also pointed out some challenges that could adversely impact production and sales. The Company is closely monitoring the supply side issues and is taking proactive steps to minimize their overall impact as possible. There is currently a global shortage of semiconductors, which has had a significant impact on the auto industry. Honda is also aware of any contingencies that may arise due to COVID related disruptions.

Later this year or in 2022, Honda may expand its portfolio to include the new generation HR-V. It is sold as Vezel in its home market Japan. In keeping with the times, Honda has equipped the new HR-V with a hybrid powertrain. E: The HEV powertrain is said to be more responsive and powerful.