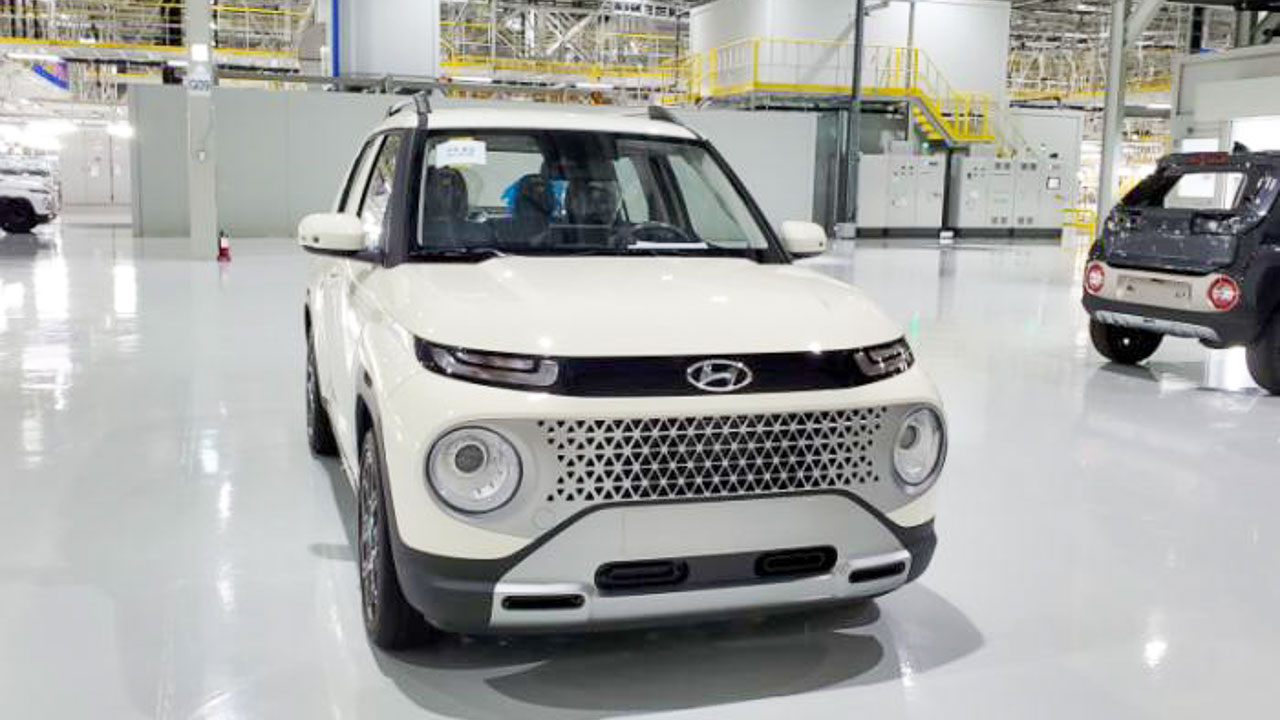 Although the Hyundai Casper has made headlines on several occasions in automotive websites in recent times, the latest development may be playing a bad game. The Micro UV may never reach the Indian shores and the car has been specially developed for the South Korean market.

Interestingly, Hyundai Motor Company had offered its Indian unit to add the Casper to its lineup in the country. However, the latter declined to cite reasons such as the ultra-compact dimensions of the Micro UV, which results in very limited space.

Going through the previous spy photos, we have found that the Casper is strictly a four-seater and the space inside the cabin only allows two people to sit in the rear seat. This may not even be acceptable for the budget of Indian car buyers.

For context, the Casper is shorter than the overall length of the Santro which is the shortest offering from the brand in India. To be specific, the Micro UV measures 3,595 mm in length, 1,595 mm in width, and 1,575 mm in height.

The Casper is set to be the entry-level model in the South Korean auto giant’s SUV lineup and will be positioned below the Venue. The crossover hatch is widely discussed for its quirky design elements, such as its rounded LED headlamps and front radiator grille with triangular pattern vents on the front bumper.

Along with the side profile, the car has flared fenders which give it a lot of muscular appeal. Apart from this, the roof rails and black cladding around the wheel arches and door sill give a rough look to the car. Blacked-out alloy wheels are another highlight that give the Casper a premium appeal. At the rear end, triangular patterned taillights run across the width of the tailgate.

In its home market, Hyundai will offer the Casper with two petrol engine options – a 1.0-litre naturally aspirated mill and a q.0-litre turbocharged petrol unit. The former will suffice for 75 Bhp while the latter may produce 99 Bhp. Both these units will be offered with a 4-speed automatic gearbox as standard.

We expect Hyundai to equip the Casper with a well-loaded cabin that includes an 8-inch touchscreen infotainment unit with Android Auto and Apple CarPlay, a multi-information display, keyless entry, automatic climate control, push-button Start/like facilities will be included. stop more. The launch of the car in India has neither been confirmed nor denied by the Korean carmaker, so we will have to wait and see if Casper really has a future in the country.