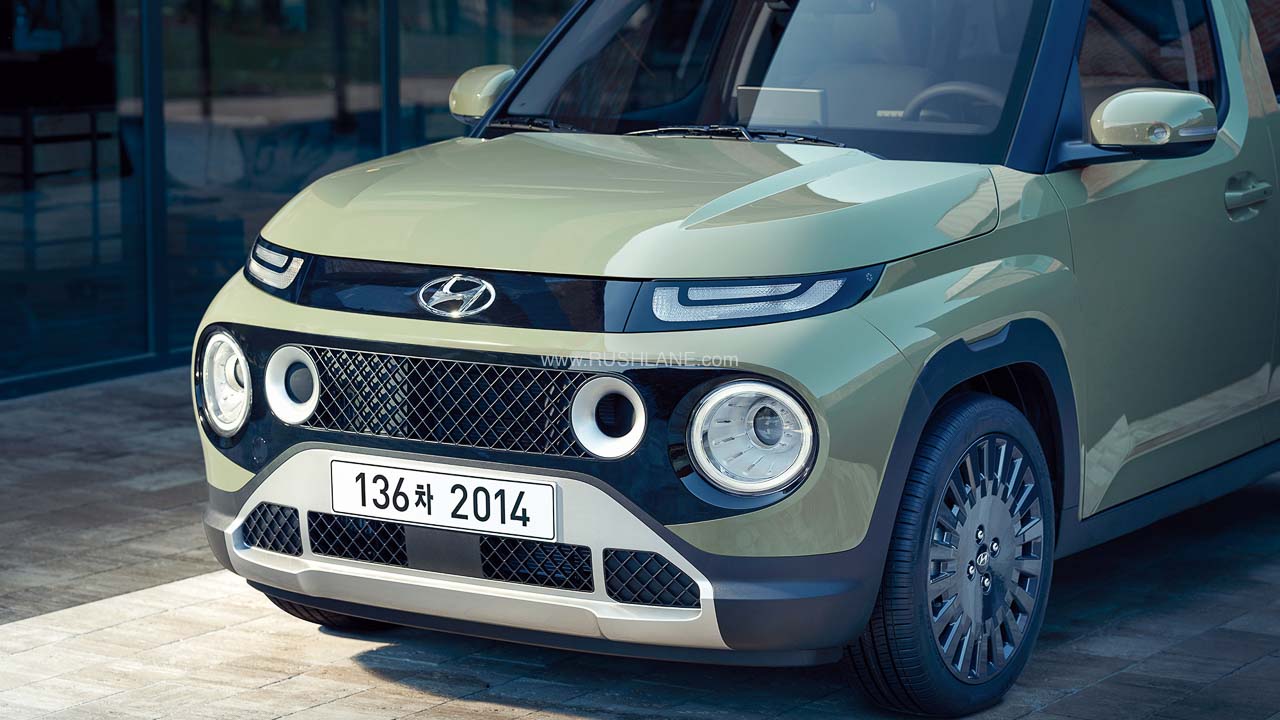 Had it been launched in India, the Hyundai Casper would compete with the Mahindra KUV100, Maruti Ignis and the upcoming Tata Punch.

Hyundai has officially launched the Casper in South Korea, bookings have started. On the first day, Casper got more than 12 thousand bookings. Even the President of South Korea has given an order. The crossover which was earlier being touted as the South Korean auto giant’s next big launch in India is unlikely to finally reach our shores.

The company has already released official pictures of its exterior earlier this month. The interiors of the cabin look as compact as are the exteriors, yet it appears to be well-crafted. Like the exterior of the car, the interior too saw some bizarre design elements that stood out.

For starters, the cabin is strictly a four-seater with a gray-coloured interior theme, tinged with beige and yellow. The dashboard layout is quite simple yet functional. Some of the key highlights include a 7-inch touchscreen infotainment unit and a fully digital instrument console that appears larger than the infotainment display. Steering comes with a flat bottom unit and integrated controls for stereo and media.

The unique center console features a gear lever, climate control buttons and a rotary dial for traction control modes. Other notable features visible in the photographs are electrically operated ORVMs, day-night IRVMs, a front armrest and an electric sunroof. Another quirky highlight is the blue upholstery on the lower half of the front seats which doesn’t match the overall gray interior theme of the cabin.

The crossover hatch is widely discussed for its quirky design elements, such as its rounded LED headlamps and front radiator grille with triangular pattern vents on the front bumper. The Casper is based on the same K1 platform that is also based on other Hyundai models such as the Santro and Grand i10 Nios.

In terms of dimensions, the Micro UV measures 3,595 mm in length, 1,595 mm in width and 1,575 mm in height. This makes it smaller than the smallest offering from the brand in India- Santro.

Powering the Casper will be a 1.0-litre three-cylinder naturally aspirated petrol motor that kicks in 75 bhp while the more powerful 1.0-litre 3-cylinder turbo petrol unit pumps out 99 bhp. Both these units will be offered with a 4-speed torque converter automatic gearbox as standard. A hybrid powertrain option is expected to be added to the lineup at a later stage.

The car has entered series production in South Korea. Dealership has also started. However, it is unlikely to reach the Indian market in the near future. Its ultra-compact dimensions with space for only four people will not be a favorable proposition for Indian car buyers. But if market dynamics change, and if there is demand, Casper could launch in India.