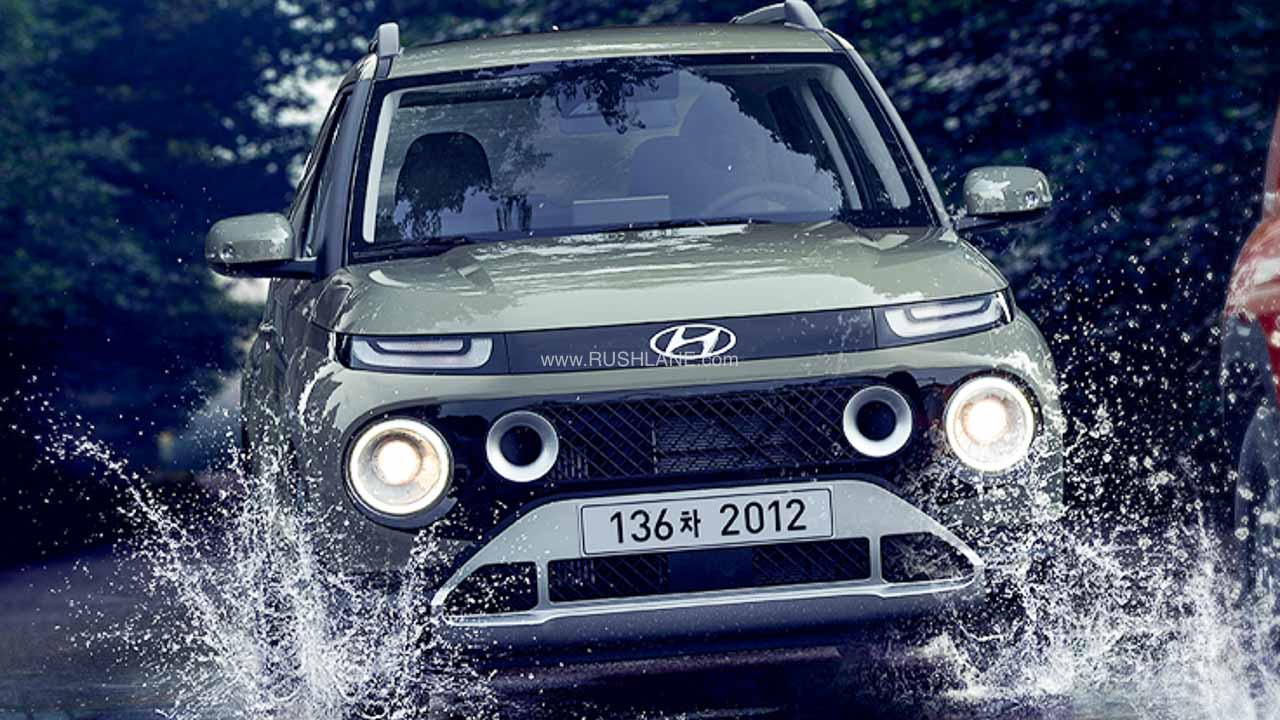 Following its global debut, the Micro UV is set to go through series production in September itself, after which it will be launched in South Korea first. Test prototypes of the crossover have been seen frequently.

The Cross hatchback was previously referred to by its codename AX1. The engine options that will be offered on the international model of this upcoming UV have been revealed.

The second option will be a 1.2-litre naturally aspirated petrol unit that is currently available across multiple models including the i10 Nios, i20 and Venue. This unit is capable of generating 82 bhp power and 113 Nm peak torque. Transmission duties on both the engines will be performed by a 5-speed manual as standard with the option of a 5-speed AMT.

As mentioned earlier, the Casper K1 will be based on the compact car platform that also underpins the Santro and Grand i10 Nios. Korean media reports have revealed that the Micro crossover will measure 3,595 mm in length, 1,595 mm in width and 1,575 mm in height, making it smaller than the Santro.

In terms of features, the crossover hatch is expected to be as well-crafted as the rest of Hyundai’s peers. Some notable creature comforts expected to be offered include an 8-inch touchscreen infotainment unit with Android Auto and Apple CarPlay, a multi-information display, keyless entry, automatic climate control, push-button start/stop and more.

It will sit below the Venue as Hyundai’s smallest offering in its global SUV lineup. Once launched, it will rival the Tata Punch and Maruti Ignis in India.

Share
Facebook
Twitter
WhatsApp
Previous articleKBC 13: The question that made Himani Bundela a millionaire has a connection with Radhika Apte, will you be able to answer?
Next articleNagaland State Lottery Sambad Result 1-9-2021 Announces At 1:00 PM
RELATED ARTICLES
Automobile