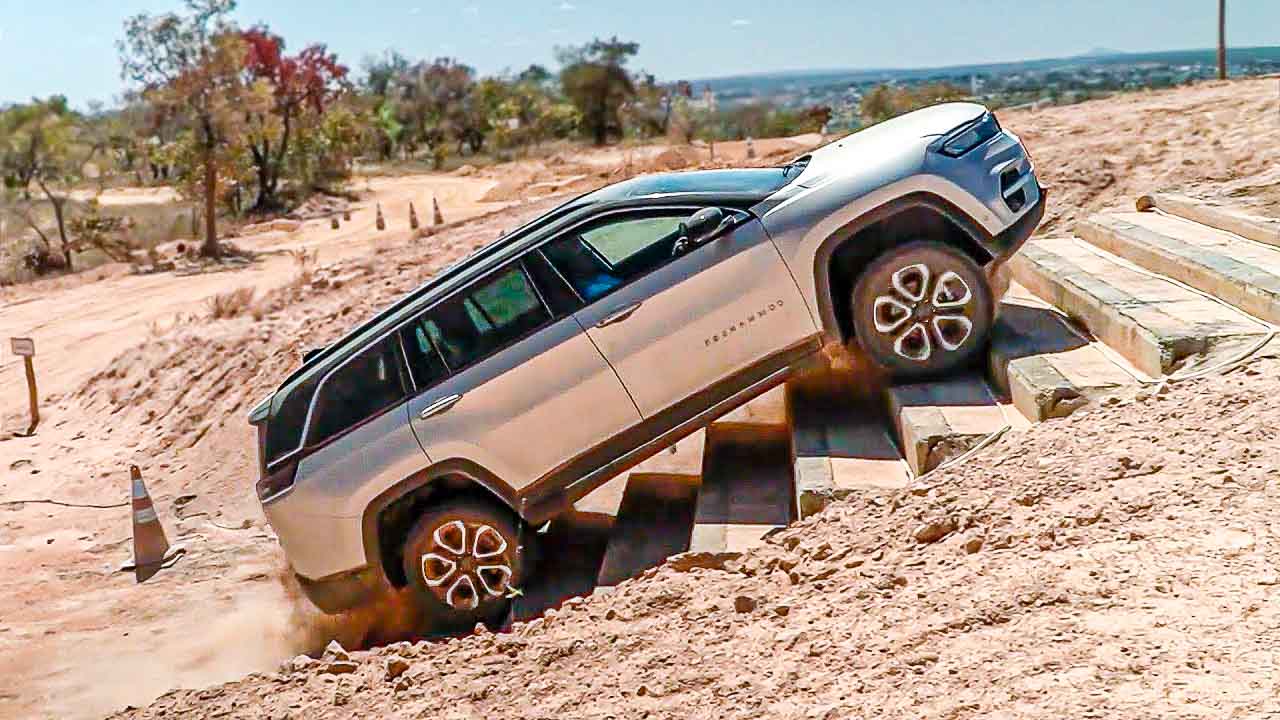 Fiat Chrysler Automobiles’ (FCA) plant at Ranjangaon will serve as a manufacturing hub for all of the Commander’s right-hand operated spec.

Jeep recently took the wraps off its upcoming seven-seater SUV Commander, which is based on the same platform as the Compass. The SUV made its debut in Brazil a few days back and is expected to go on sale in the country in a few weeks.

In India, however, it may be called the ‘Meridian’ and is expected to hit showrooms early next year. As a brand, Jeep has a strong legacy of manufacturing vehicles for off-roading and this continues in the current crop of cars.

Needless to say, Commander largely builds on that reputation. In a video uploaded by YouTube channel YouCAR, the large SUV is seen showcasing its off-roading prowess and smartly crossing treacherous obstacles.

Despite being a premium luxury, the Commander doesn’t mind getting off the tarmac and getting a little dirty while performing various off-road challenges. This is very important for a three-row SUV, especially since its rivals in India like Toyota Fortuner, Ford Endeavor and MG Gloster are more than decent off-roaders and to compete with them, it should be equally impressive on uncharted roads. need to be. As on the road.

In the video, we see the commander overcoming various challenges that start with driving down a steep slope. As the video progresses, the obstacles get tougher. The SUV is seen pulling an axle twister run smoothly. It also easily passes the wheel articulation test. Further, it is seen climbing a flight of stairs without much difficulty.

Throughout the video, we see the SUV moving with extreme skill over different types of terrain like gravel, sand and even boulders and logs. However, the most impressive thing is that the commander completes all these tasks at a moderate speed. It will be interesting to see when it arrives in India and will stand against its closest rivals.

Obviously, the Commander’s 4×4 drivetrain has a lot to do with this trail bashing but it will only be offered with its diesel engine option. The 2.0-litre Multijet oil burner produces 178 Bhp and 380 Nm of peak torque. This unit is mated to a 9-speed torque converter automatic gearbox. The all-wheel-drive system gets features like differential lock, hill descent control and terrain modes (Sand/Mud, Snow, Auto).

On the other hand, the Commander will also be offered with a 1.3-litre petrol engine that will send power only to the front wheels. This unit is rated to make 185 bhp and 270 Nm of peak torque on the Commander and is mated to a 6-speed automatic gearbox. Both these powertrains are derived from its 5-seater sibling Compass. In India, only the diesel unit is expected to be offered.