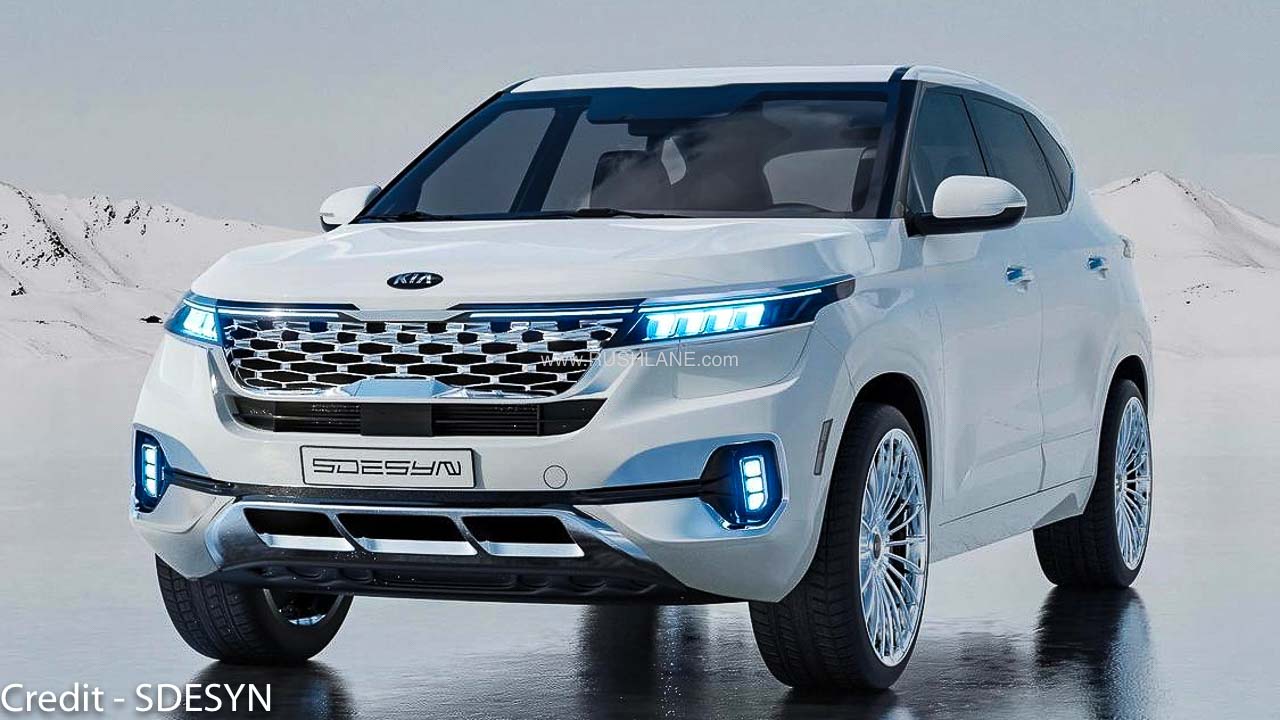 One of the reasons why Kia Seltos is so popular in the Indian market is that it looks very attractive, stylish and actually has a premium over its cost. Additionally, as far as features are concerned, it is packed to the brim and gets a plethora of options in terms of engine and gearbox.

However, luxury has a much wider range and can be extended to a far wider range than the South Korean carmaker’s mid-size crossover. German luxury carmaker Mercedes Benz’s Maybach range of ultra-luxury vehicles can be held as a benchmark for ultimate luxury on four wheels.

The latest product to come out of this range is the GLS Maybach and it is superb in every way. That said, it is inaccessible to most buyers in India, first because of its exorbitant price tag and second because of its ‘limited edition’ tag. But what if the same nuances are offered on a Seltos. The digital render of the Seltos has been beautifully recreated.

The render, created by illustrator Shashank Das at SDESYN, depicts the Seltos in a new Diamond Edition. Inspired by the Mercedes-Maybach series of SUVs, the Seltos in this rendering wears an all-white theme which is complemented by a heavy dose of chrome all around the body. Up front, the SUV comes equipped with a fully chrome-encrusted grille and attractive LED headlights.

The headlights are stock units but emit blue LED lighting which indicates changes in the interiors. The lower part of the headlamps have been hidden under the body-coloured trim. The revised front bumper gets the same fog lamps and a bigger skid plate which gives it a proper SUV stance. Unlike the stock Seltos, there is not a single black body cladding in this render.

The highlight of the side profile is a set of Humongous multi-spoke alloy wheels completely encased in chrome. They are equipped with low-profile tires with a wide cross-section. In the real world, thinner sidewalls on these tires would translate to a reduction in ride comfort. However, it can be competed to some extent with the air suspension provided in the GLS Maybach. However, such kits are extremely expensive in the aftermarket in India.

Despite being so good looking, we wouldn’t expect Kia to go this route and create something completely out of its territory. In fact, the South Korean carmaker recently revealed the new X Line trim in India that will sit at the top of the Seltos lineup.

Unlike the rest of the lineup, the Seltos X line is offered with a dark gray paint scheme with matte finish. It is loaded with all the bells and whistles and gets two engine options – a 1.4-litre turbo petrol mill and a 1.5-litre diesel unit mated to an automatic transmission only.

Share
Facebook
Twitter
WhatsApp
Previous articleThe Kapil Sharma Show: This hit pair of mother-daughter will be seen together in the show for the first time, fans got excited
Next articleKaun Banega Crorepati 13: Himani Bundela was nervous about this before going to the show
RELATED ARTICLES
Automobile