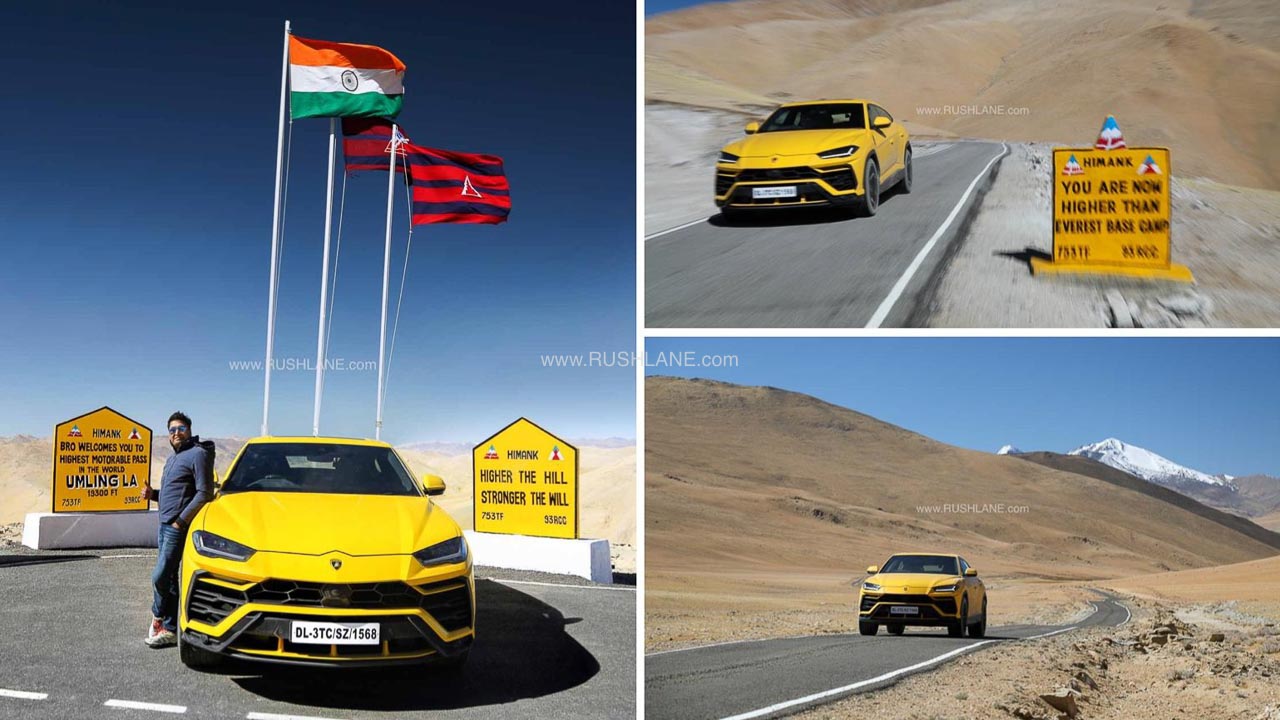 Despite the challenges of altitude, wind and weather, the Lamborghini Urus captured the Umling La Pass with not only one but two successful attempts.

With a drive of 87.5 km from Hanle to Umling La, the Lamborghini Urus took to the road under Terra and Sport driving mode. It is a road that is at least 1000 feet above the base camp of Mount Everest.

This feat was done in very bad weather. Temperatures drop to -10 and -20 degrees in this region, with oxygen levels about 50 percent below normal at this altitude and wind speeds of 40-80 km/h. The air is extremely thin and yet the BRO managed to turn what was once a dirt road filled with gravel.

Lamborghini has now delivered 300 units of its various models to the customers across India. The Urus SUV, a strong performer in the company’s lineup, has seen deliveries of 100 units in the country. This SUV was first brought to India in 2018 at a base price of Rs 3.10 crore.

In 2021, Lamborghini India has launched the Huracan EVO RWD Spyder, Urus Pearl Capsule, Urus Graphite Capsule and Huracan STO. The luxury market in India is evolving and apart from the growing demand from the younger segment of buyers, who are first generation business entrepreneurs, smaller cities and towns are also witnessing a growing demand.

In September 2021, to celebrate the 300 unit sales milestone, the company organized a lifestyle event. The Lamborghini Day was organized with 50 owners driving across three locations – Mumbai-Pune, Bengaluru-Humpi and Delhi-Jewar.