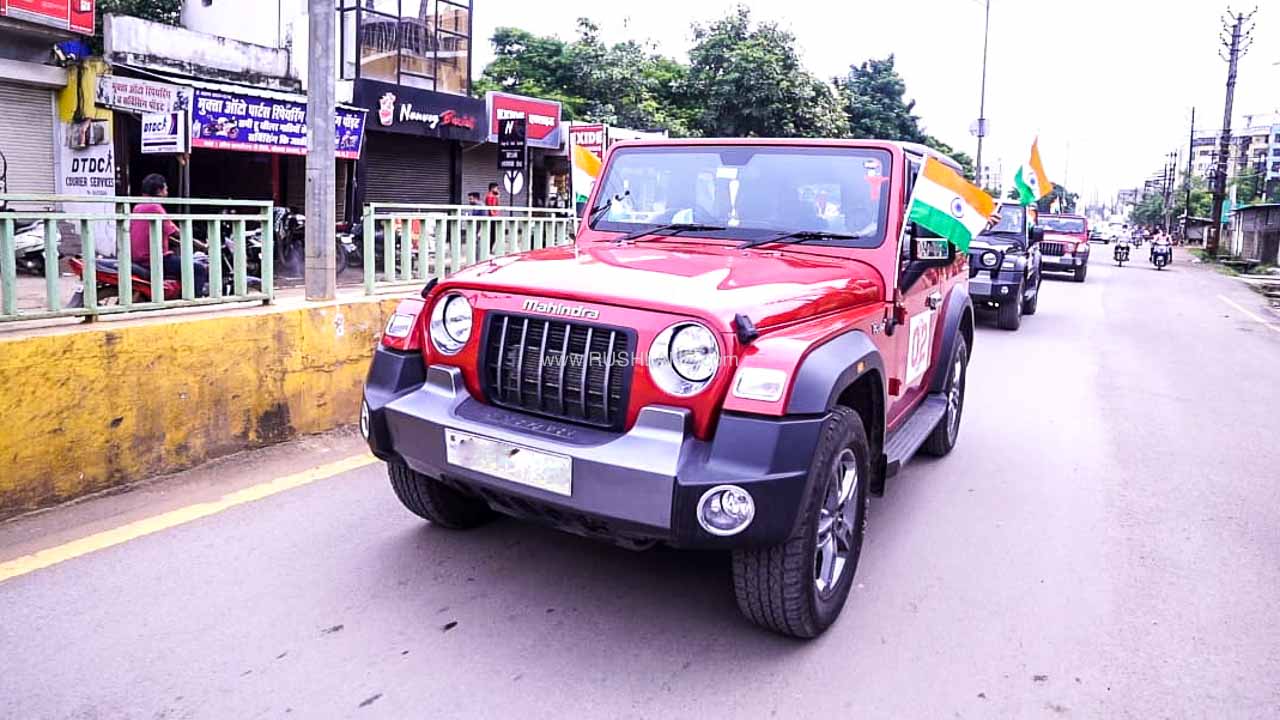 The launch of the new Mahindra Thar has been one of the most awaited in the recent history of the Indian car industry. It has been more than a year since the SUV made its debut on 15 August 2020. The booking has officially started from October 2, 2020. Today, Mahindra has announced that they are celebrating the first launch anniversary of the Thar, which has now collected 75,000 bookings.

This is a huge number. On an average, over 6,250 customers are booking the new Thar every month. Mahindra says that 40% of their buyers are Millennials. 50% of Thar buyers are for the automatic variant while 25% buyers have opted for petrol. It is the best selling 4×4 in India. But due to supply issues, which have paralyzed the auto industry, supply is nowhere close to demand.

Customers waiting for the delivery of the new Thar

Since the launch, Mahindra has shipped around 26k units of the new generation Thar to its dealers across India till August 2021. This still leaves around 50k customers who are waiting for the delivery of the Thar SUV. Recently, Thar has got a new rival in the form of Force Gurkha new gen.

Last year a large number of bookings were done in the months of October, November and early December. Very likely there are many customers who booked Thar in 2020, and delivery is yet to take place. They keep waiting for their turn. Below is a look at Mahindra Thar sales per month since its launch till August 2021.

With the success of the 3-door, Mahindra has confirmed plans to launch the 5-door Thar SUV in India. It will be longer than the current Thar, which will give more space to the passengers inside, as well as more boot space. It will continue to sport similar design and features. It will be positioned on the platform with the three-door Thar. The 2 extra doors will mean a longer wheelbase while the dimensions will increase in comparison to the existing Thar which measures 3,985 mm in length with 2,450 mm longer wheelbase.

The engine options of the Mahindra Thar 5 door will remain the same as the 3 door version, though the power figures could be increased, as seen on the new Scorpio that will be launched next year.

Mahindra’s area of ​​focus will be the “true blue big SUV” which are “core” to its heritage and heritage. The product lineup of the manufacturer will start from XUV300, Bolero, Thar, Scorpio and go up to XUV900.

Mahindra CEO Anish Shah has said that the company will also focus on electric vehicles for future market needs. He further revealed that the domestic automaker will invest over Rs 3,000 crore in the short term in developing battery-powered vehicles. This amount will be increased with the expansion of business.

Share
Facebook
Twitter
WhatsApp
Previous articleAryan Khan will be in custody till October 7, know what both sides said in court
Next articleMunmun’s lawyer, who was arrested with Aryan Khan, said – ‘There was a call, so Dhamecha went on a cruise’
RELATED ARTICLES
Automobile