Mahindra XUV700 Gold Edition for Both Javelin Champions – Spied Together 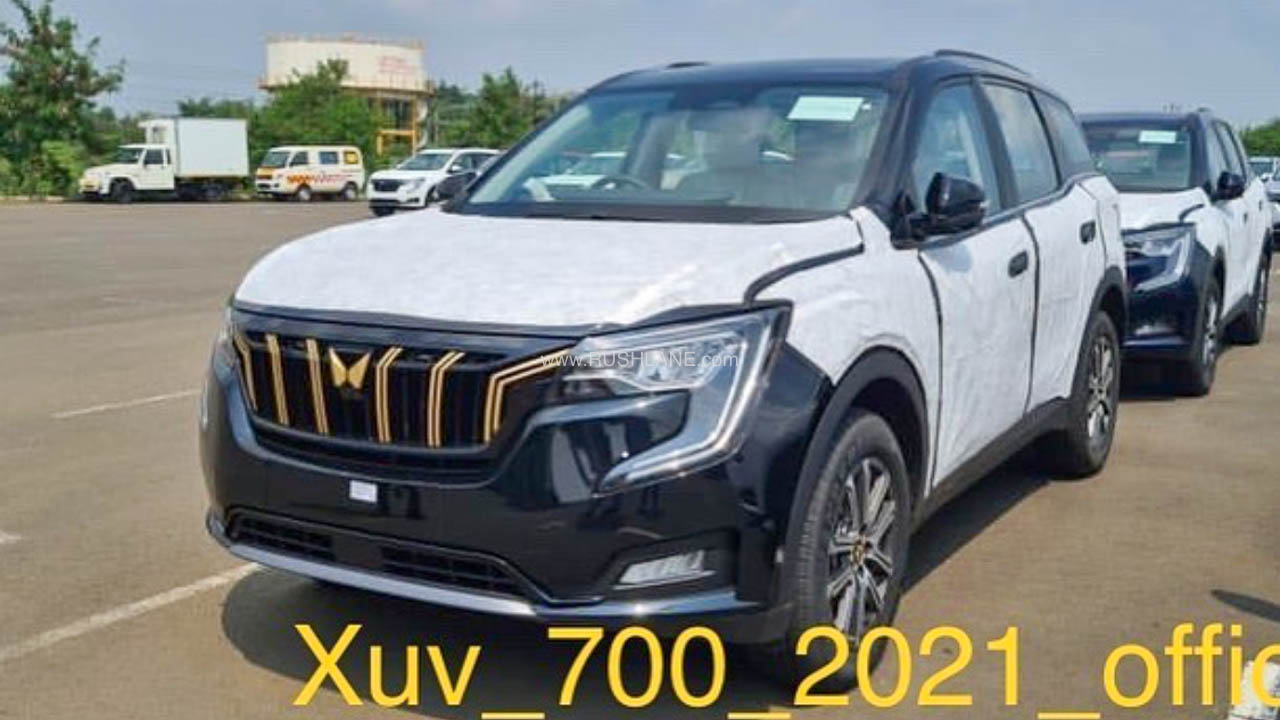 Ahead of the launch, the company has trademarked two names ‘Mahindra Javelin’ and ‘Javelin by Mahindra’.

Exclusive Mahindra XUV700 Javelin Edition has gone public through leaked spy shots. The model has been seen inside the company’s plant in Chakan near Pune. There will be a total of two Mahindra XUV700 Gold Editions on offer. One for Neeraj Chopra who won gold at the 2020 Tokyo Olympics and another for Paralimian Sumit Antil to win a gold medal in javelin at the Tokyo 2020 Paralympic Games.

To make the exclusive XUV700 stand out from the rest, it gets a gold painted front grille with multiple vertical slats, new Twin Peaks logo centered and gold accents in the midnight blue exterior paint scheme on its ORVMs, door handles and rear badging .

The interiors sport Javelin emblem on the dashboard with soft touch material, gold treatment on its interior door panels and leather seats on its seats. Apart from these gold accents, which signify the gold medal win, the XUV700 retails with all the features seen on the standard model. These features vary according to trim levels.

Neraj Chopra’s Mahindra XUV700 Gold Edition will have 87.58 motifs both inside and outside. On the inside, it will be seen on the dashboard, while on the outside it is placed at the rear. Similarly, the XUV700 Gold Edition of Sumit Antille will have a 68.55 motif. These numbers represent his gold medal winning javelin throw in metres.

The MX Series gets an 8-inch infotainment system and a 7-inch instrument cluster with Android Auto, steering mounted switches and power-adjustable ORVMs. The higher AdrenoX AX3 trim sports a larger 10.5-inch infotainment system and 10.25-inch digital cluster along with AdrenoX Connect with Amazon Alexa, Apple CarPlay and Android Auto that gets 70 connected features and a 6 speaker sound system.

The feature list on the AX7 includes ADAS, leather upholstery, 6-way power seating and a host of safety equipment including 360-degree surround view, blind view monitoring, electronic park brake, 6 airbags and wireless charging. The Special Gold XUV700 ‘Javelin Edition’ could top the AX7 variant, but it is not known whether it will be a petrol or diesel unit.

As for the regular Mahindra XUV700, its bookings started last week. In just 3 hours of the booking window, Mahindra registered orders worth Rs 9,500 crore as bookings crossed the 50k mark. With supply and production constraints, Mahindra XUV700 buyers may see a waiting period of more than 1 year.

Dimensions stand at 4,695 mm in length, 1,890 mm in width and 1,755 mm in height with a wheelbase of 2,750 mm, thus making the new XUV700 bigger than the XUV500. Mahindra is offering both petrol and diesel engine options in the XUV700. The 2.0-litre mStallion petrol engine churns out 200 hp power and 380 Nm torque while the 2.2-litre mHawk diesel engine will generate 185 bhp and 420 Nm of torque. Transmission options will include 6 speed manual and 6 speed torque converter automatic. 4 wheel drive option is also on offer.