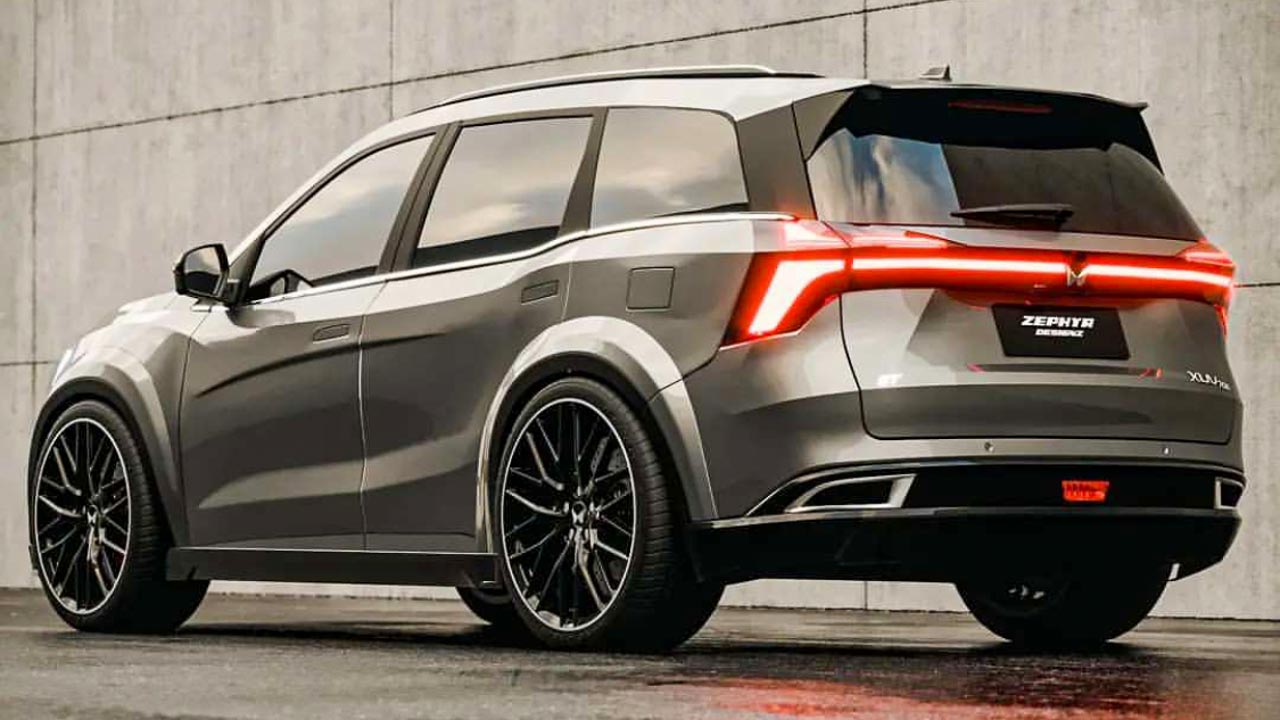 Unveiled on 14th August, Mahindra XUV700 is one of the most awaited launches of this year

Since its launch, the XUV700 has attracted the attention of automotive artists. There are many iterations floating around the web, some good, some bad and some really catchy. The latest one comes from zephyr_designz, a GT concept version of the XUV700 that looks absolutely stunning. There are extensive changes to this render that enhance the overall look and feel of the SUV significantly.

In its stock version, the XUV700 features angular slats in a chrome finish on the grille. It gets sleek headlamps and prominent C-shaped LED DRLs on the sides. While this combo looks exciting, it appears that a lot of the design bits are garnering attention.

The clutter has been removed with the use of a cool, yet elegant looking front grille on the XUV700 GT concept. It has a studded design and it gives a blacked out look. The ‘GT’ logo has been placed on the top left section of the front grille. The overall paint finish makes this SUV even more attractive.

The LED DRLs have been updated by bridging the gap between the parallel running strips. This brings more harmony to the front fascia and helps remove clutter. The front bumper has been extended vertically and has a blacked-out profile. The fog lamps are quite big and they have also been blacked out. The bonnet now looks more rugged and sportier with multiple air vents.

The side profile is largely the same with the exception of the wide body fenders. The XUV700 GT concept also gets a new set of low profile tires and alloy wheels. The new Mahindra logo can be seen on the alloy wheels. The B and C pillars are blacked-out, appearing similar to the stock model. The suspension system seems to have been tweaked as the concept has a lower ground clearance.

The enhancements continue at the rear, where the SUV gets an interconnecting LED strip at the tail gate. It connects to the LED tail lamps seamlessly. The rear bumper has also been updated with centrally placed reflectors. The rear skid plate, as seen on the stock model, has been removed.

All these enhancements stand out against the metallic light beige shade of the SUV. Maybe this GT concept looks as good as other colors. Coming to the stock model, Mahindra is expected to offer the XUV700 in 7 color options. It includes Dazzling Silver, Everest White, Red Rays, Electric Blue and Midnight Black.

There will be two engine options, a 2.0-litre mStallion turbo petrol motor and a 2.2-litre mHawk diesel unit. The petrol motor produces a maximum power of 197 bhp and peak torque of 380 Nm. The diesel unit will be available in two states, one with 153 bhp / 360 Nm and the other 182 bhp / 420 Nm. Both the engines will be mated to a 6-speed manual and a 6-speed automatic transmission option.

Share
Facebook
Twitter
WhatsApp
Previous articleManoj Muntashir accused of copying ‘Teri Mitti’ from poetry and Pakistani song, gave this answer
Next articleKBC 13: Amitabh Bachchan still regrets about the childhood of Amishek-Shweta, said – whenever he used to get, he used to sleep …
RELATED ARTICLES
Automobile