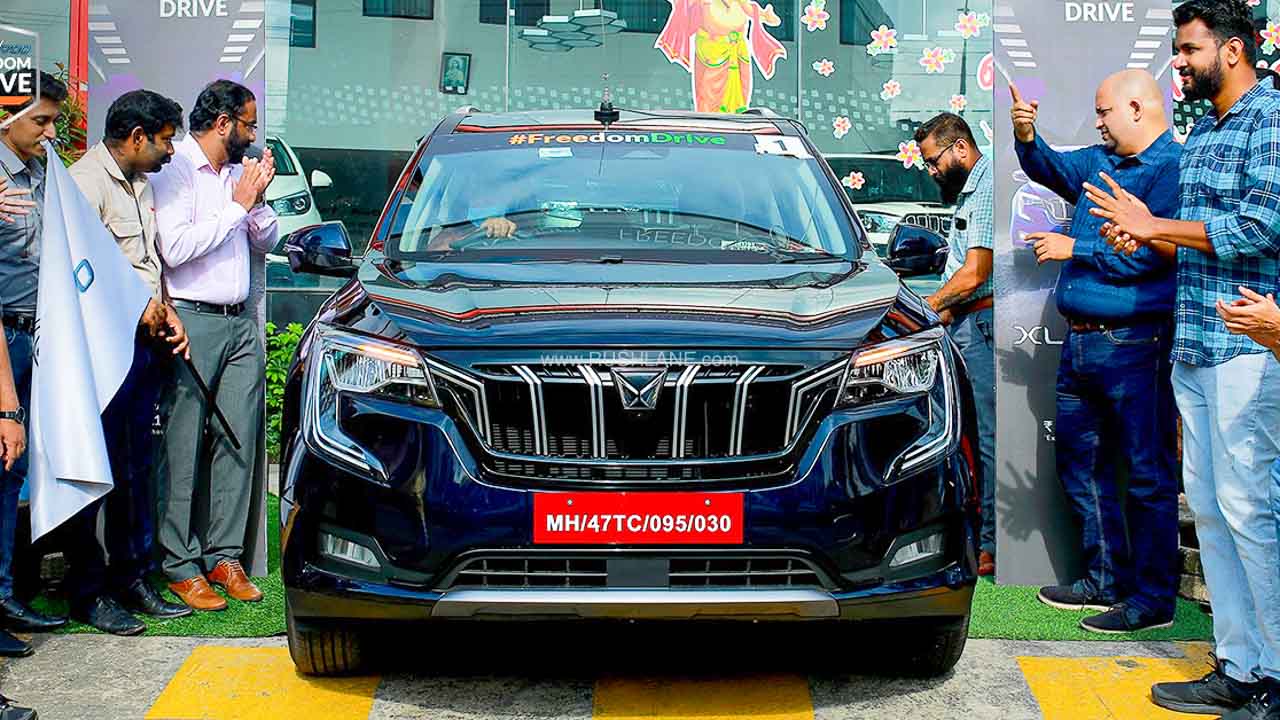 The new Mahindra XUV700 will be offered in two wide variants of MX and AdrenoX (AX) – depending on this, further 34 trims are expected to be on offer

Mahindra is all set to launch the new XUV700 in the coming weeks. Official bookings are expected to start sometime next month. This three-row SUV will replace the current generation XUV500. The XUV700 will be the first Mahindra SUV to wear its new ‘Twin Peaks’ logo. Ahead of the official launch, several details of this upcoming 5/7 seater SUV have been revealed, including the prices.

Seen to rival the likes of MG Hector, Tata Harrier/Safari as well as Creta/Seltos, the new XUV700 will be offered in 5 seater and 7 seater layouts and petrol and diesel engine options. Widely offered in MX and AdrenoX (AX) variants, the XUV700 will come with a total of 34 trims, divided based on its engine, transmission and its seating options.

The Mahindra XUV700 range starts with the MX-5 seater petrol MT variant all the way up to the top of the XUV700 AX7 seater AWD. The top spec AX7 trims will also be offered in three optional packs of C, T and L which stand for ‘Comfort’, ‘Technology’ and ‘Luxury’ packs.

The XUV700 will get a new front grille with vertical slats, larger LED headlamps with DRLs, fog lamps at the bottom of the front bumper and wraparound split LED tail lamps. It will ride on alloy wheels and get a boot mounted number plate. For the first time, a flush door handle will also be installed in Mahindra’s vehicle.

The Mahindra XUV700 AX7 variant will be priced in the range of Rs 18.49 lakh to Rs 21.69 lakh, ex-sh. On the road, these prices will be Rs 21.6 lakh to Rs 26 lakh respectively. Please note that these are not official prices. Mahindra hasn’t revealed the prices of all the variants, but only select entry-level variants. The official prices of the Mahindra XUV700 will be revealed at the time of launch.

Safety is through Level 1 ADAS – Advanced Driver Assistance System which includes Emergency Autonomous Braking, Lane Keep Assist and Adaptive Cruise Control. The SUV also gets a total of 7 airbags along with the electronic parking brake.

To be offered in petrol and diesel engine options, these will be further classified according to the variants and seating options. The MX Series is being offered as a five seater only. The base MX variant is powered through a 2.0-litre, four-cylinder, Mahindra Amstallion turbo-petrol unit that makes 200hp and 380Nm.

There is also a 2.2-litre, four-cylinder mHawk turbocharged diesel unit that is being offered in two states, one producing 155 hp and 360 Nm and the other producing 185 hp and 420 Nm. Both the units will be offered with either 6 speed manual or 6 speed automatic gearbox options.