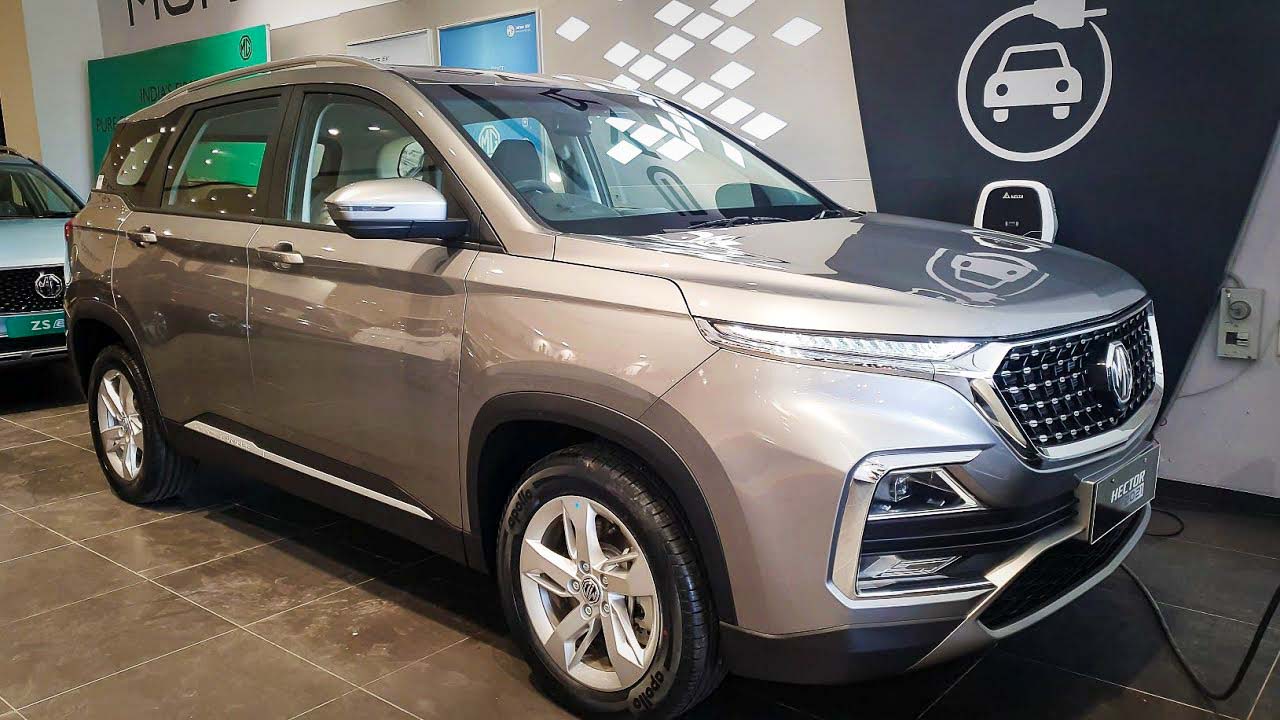 MG Motor India launched the Hector mid-size SUV in 2019. It got its first facelift update earlier this year and the company introduced a new Shine trim in August 2021. Shine trim which was launched in India to celebrate 2 years of Hector. Was located between the Super and Smart trims. This meant that the MG Hector was offered in 5 variants – Style, Super, Shine, Smart and Sharp.

In a new development, MG Motor has discontinued the Super variant of the MG Hector which was available in petrol and diesel engine options but only with a 6-speed manual transmission. The Super trim featured a 10.4-inch touchscreen infotainment system, LED head and tail lamps, keyless entry, cruise control and rear AC vents and sported safety equipment including front and rear parking sensors, reverse parking camera, dual front airbags. And traction control in addition to ABS, EBD and ESO. Its price was Rs 14.17-16 lakh.

After the discontinuation of the Super trim from the Hector lineup, the Shine variant is now second only to the base style trim, but the price difference is over Rs 1 lakh. On board features include chrome finished door handles, push button start/stop feature, keyless entry via smart key and electric parking brake. It also gets telescopic steering and a single pane sunroof over the features available on the Super trim, though the latter is offered at a premium of Rs 35,000-50,000.

Engine specs of Hector Shine include a 1.5-litre turbo petrol engine making 143 hp power and 2.0-litre diesel engine producing 170 hp power mated to a 6-speed manual transmission. The petrol engine also gets a CVT option. Take a look at the new MG Hector Shine Edition in the video below by Automotive Cafe.

As of today, MG Motor India has sold Hector, Hector Plus, Gloster and ZS EV. The Hector range of SUVs is their best-seller, as the company shipped 3,276 units last month, the MG Hector is rivaling the Tata Harrier, Jeep Compass and will also take on the higher versions of the Hyundai Creta, Kia Seltos, Skoda Kushak and Volkswagen Taigun. Is.

MG Motor is now all set to launch the Astor SUV this festive season. It will be the first car in its segment with Level-2 ADAS technology and will have a new AI voice assistant. In fact, MG Motor was the first company to offer ADAS in India. It made its debut on the Gloster, which is their flagship SUV to rival the Toyota Fortuner.

Now, MG will launch ADAS enabled features with its compact SUV Astor. This will be the first time that ADAS features will be introduced in this segment. Once launched, the MG Astor will take on the Hyundai Creta, Kia Seltos, Volkswagen Taigun and Skoda Kushaq in India.

The Hector SUV for sale in select overseas markets has already received the ADAS update. The Hector ADAS variant will sit at the top of the lineup, and is expected to be called Hector Savvy. The launch of the new Hector Savy is expected in early 2022.