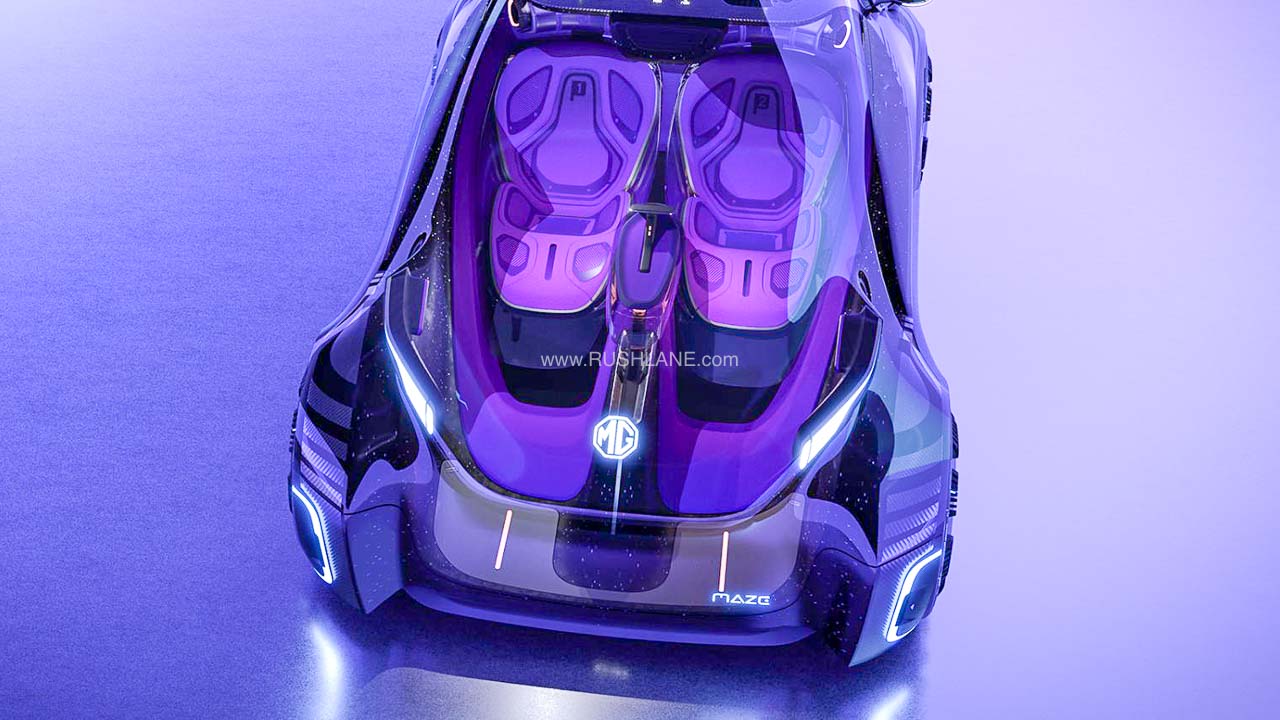 MG Motor has showcased the Maze concept for 2021 which is believed to be inspired by the video game. It is a fully electric car concept designed and conceptualized by London-based SAIC Design, a European design studio owned by MG parent company SAIC.

The same people also designed the MG Cyberster which was showcased at the Shanghai Motor Show earlier this year. The concept is so far the only design illustration that has been seen with the electric vehicles of the future in mind. This car will appeal to the next generation of buyers.

The company says it has been designed in recognition of three key principles: “Sport is important. Discovery is important. Adventure is important.” The Maze concept is the result of blending the worlds of motoring and gaming.

SAIC Design has revealed that it wanted to capture the “gaming landscape at home” and bring it to life inside a car. As mentioned earlier, this remains a digital rendition and there are no plans to become real for now.

The maze is designed to allow cities to participate in a ‘real-world treasure hunt’ of digital art installations. This takes the form of a points-based rewards system for drivers that operates in a similar way to any computer or console-based video game.

Access to the cockpit can be done through a vertically opening glass canopy. The vertical glass canopy takes up less space when open than a normal side-opening door.

Upon entering the tiny cabin, one is greeted by a pair of zero-gravity seats, a video game controller and a screen, more reminiscent of a personal gaming room than a car. Instead of a steering wheel, the car is controlled by the user’s phone. Even the exterior of the Maze takes inspiration from gaming with its transparent shell, exposed components and LED backlighting that simulates the look of a high-end gaming PC.

The short overhang and extremely compact dimensions ensure great maneuverability in a congested environment. The view outside the cabin from the cockpit is clear and unobstructed thanks to canopy glass openings. Since this is just a digital illustration, the details of its fictional premise remain a secret.

SAIC has revealed that the concept will have multiple electric motors along with a swappable battery pack. However, the carmaker is yet to reveal any performance figures. While the Maze Concept may not be seen on the roads in the coming future, it shows what mobility could look like in the future. Even though the design sounds and sounds whimsical, it will gather some traction on the internet.