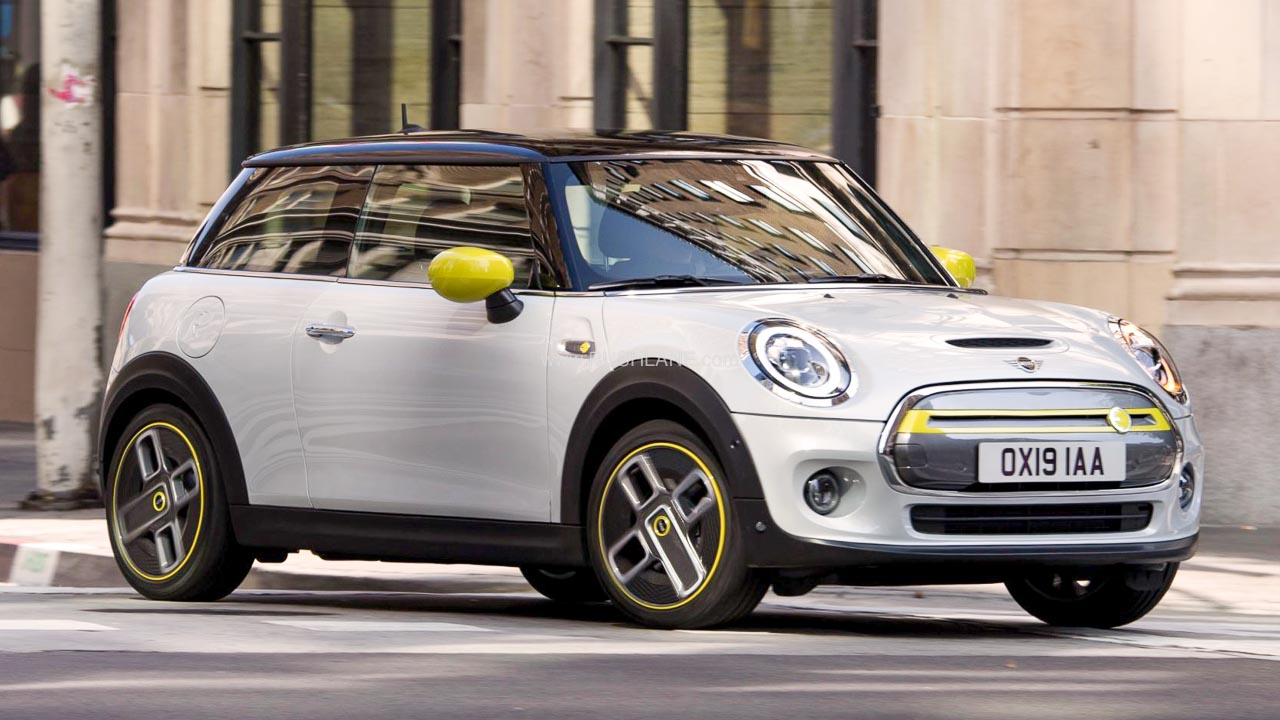 Mini has hinted at launching Mini Electric in India soon on its social media handle. The fully electrified derivative of the hot hatch made its global debut last year and is based on the Mini Cooper. Therefore, it is often referred to as Cooper Electric. The Mini Electric was first unveiled in India in February 2021 and was expected to go on sale by March.

However, with the second wave of the Covid-19 pandemic, its launch had to be put on hold. The BMW backed performance car brand will finally bring this emission-free version of the hot hatch to India. That said, the company is yet to reveal an exact launch timeline.

Starting with its design, the Mini Electric appears to be an exact replica of the Mini Cooper, though there are some small noticeable changes. The most prominent among them is a fake front grille that enhances the aerodynamic qualities of the car instead of letting fresh air for the radiator. It also comes with several new paint schemes like Rooftop Grey, Island Blue which give a distinct identity to the battery powered car.

To give a facelift to the hatch, some of these paint schemes have been fitted with attractive yellow colored accent bars and mini electric badges. However, the Mini has retained the iconic round headlights with integrated circular LED DRLs.

The electric hot hatch also gets a new 17-inch corona spoke dual-tone alloy wheel design with yellow colored rims that look funky. The pillars have been blackened on all the color trims which gives a nice contrast to the car.

Powering the Mini Electric is an electric motor that draws energy from a 32.6 kWh battery pack mounted under the floor, between the front seats and under the rear seats. The position of the battery pack gives the all-electric Mini an extra-low center of gravity that allows for better handling and more fun around corners. According to WLTP Cycles, the battery returns a claimed range of 203 to 234 kms on a single charge.

As for performance, the fully electric powertrain pumps out 184 bhp and 270 Nm of peak torque. It can achieve a top speed of around 150 kmph while 0-100 kmph acceleration is claimed in 7.3 seconds. Like its IC engine counterpart, it comes in FWD form with a single motor mounted on the front axle.

Like most Minis, the all-electric Cooper gets plenty of gizmos to lighten up the feel of the inside of the car. These include adaptive LED headlights with matrix function for high beam, heated steering wheel, Harman Kardon music system, heads-up display, wireless phone charging and more. The dashboard also flaunts a 5.5-inch oval-shaped digital instrument console along with a touchscreen display at the centre.

Displays offers a wide range of connected car amenities and concierge services. These include remote car locking/unlocking and pre-conditioning of the interior from one’s smartphone and more. In India, it is most likely to be offered as a Completely Built Unit (CBU).