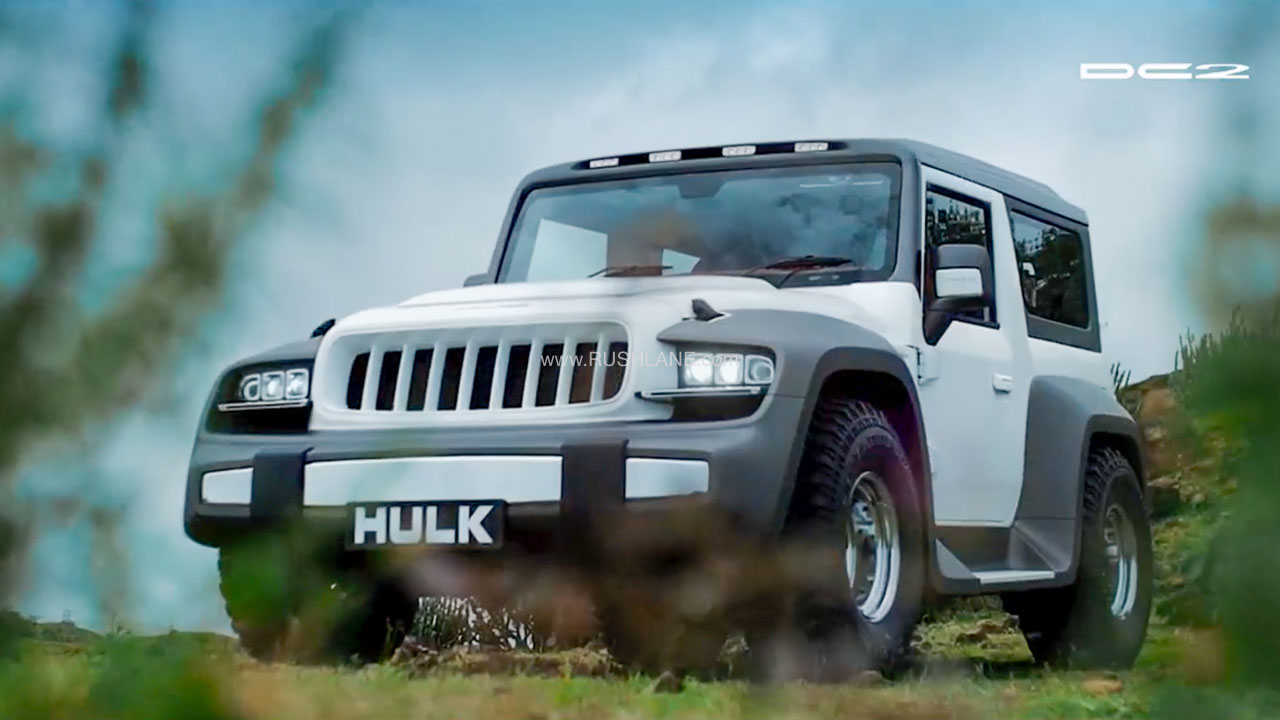 While the custom-built Mahindra Thar Hulk is a more luxurious version of the tough off-roader, the DC2 has retained the ruggedness of the SUV.

DC2 Designs by Dilip Chhabria is a very well known aftermarket customization house that offers alternative designs to the stock model. Over the years, several models from DC Designs, later renamed as DC2, made headlines in the Indian auto market.

Most of these customized vehicles are amplified to become luxury vehicles that cater only to the privileged customers. They not only modify the car to a great extent from the outside, but also adorn the interior to a great extent.

The latest example of DC2 is the custom-built Mahindra Thar which wears an all-new design on both the exterior and interior. This prototype of Thar is named Hulk after the superhero of Marvel Comics.

Adorned with huge fenders and body panels, the Thar Hulk lives up to its name very well. For starters, the custom-built Thar gets new triple-beam LED headlights that are mounted on the front fenders just above the bumper. This has also been a design approach in the previous iterations of the Thar modified by DC.

Apart from the redesigned front grille, the entire bonnet has been completely redesigned, with new creases and scoops for better aerodynamics and air intake respectively. DC has also equipped the Thar with a retractable sidestep which should be a good feature considering its high ground clearance. The prototype shown here has a hardtop roof.

As mentioned earlier, most of the modified DC cars cater to the luxury segment and the Thar Hulk is no different. The cabin of the car has been completely revamped to give it a very premium appeal. For starters, it has been wrapped in an all-red theme consisting of the dashboard and leather upholstery on the seats. It also gives a very sporty appeal to the cabin as it is an interior theme generally adopted by premium sports cars.

All four people get to sit in separate bucket-style seats which look very sporty and luxurious. The circular air-con vents, IRVMs and blue ambient lighting around the knobs on the center console and dashboard lend a premium appeal to the cabin. The SUV has a huge sunroof that covers almost the entire roof. Inside, DC has provided the cabin with ceiling lights which create a nice view.

DC is known to make only cosmetic modifications to the car and its powertrain or any other mechanical setup is usually left untouched. Mahindra offers the Thar with two engine options – a 2.2-litre mHAwk diesel engine and a 2.0-litre mStallion turbo petrol engine. Both the units are mated to a 6-speed manual gearbox or a 6-speed automatic transmission. 4WD is offered as standard across the range with a low-range transfer case.