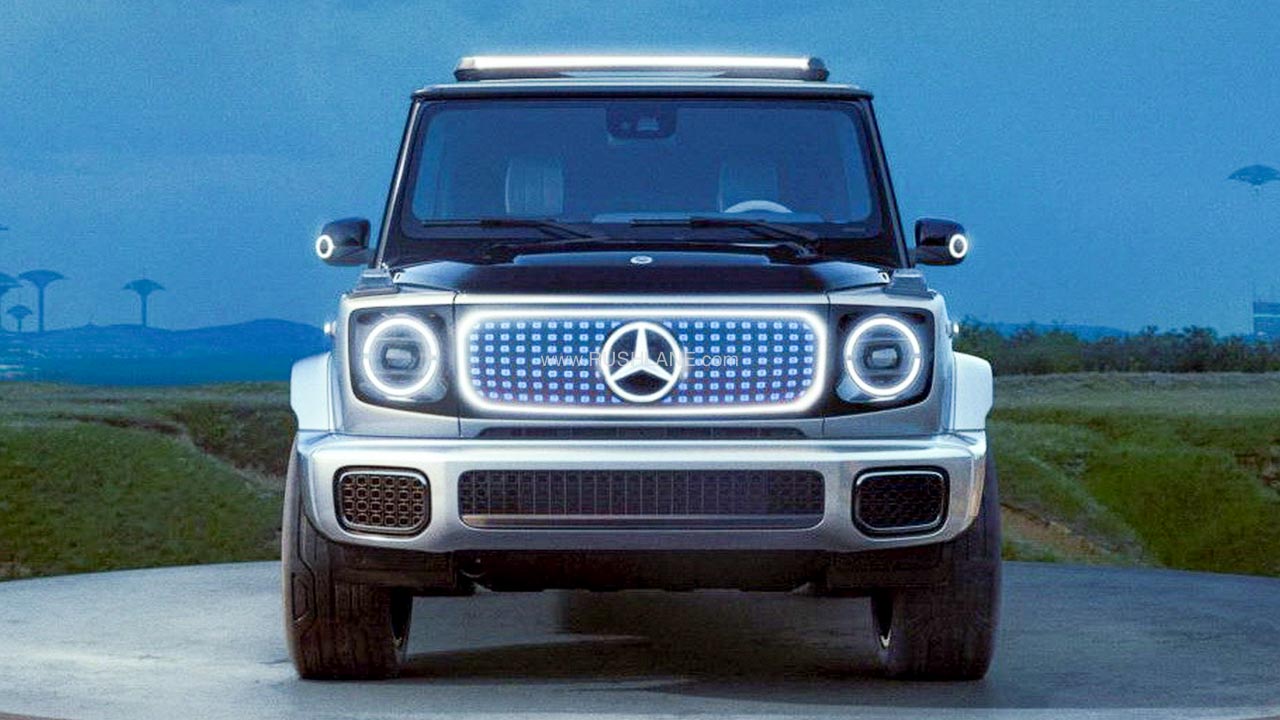 When launched, the electric G Wagon from Mercedes-Benz will rival other electric off-roading SUVs such as the GMC Hummer EV and the electric Ford Bronco.

One of the most popular Mercedes Benz cars has been revamped in a new avatar. The German brand’s G-Wagon nameplate needs no introduction as it is considered one of the purest forms of SUV still in production. Recently, the carmaker took a major step towards electrification of its entire lineup.

Mercedes-Benz has officially unveiled a concept that could become the first fully electric G-Class SUV in the future. Officially known as Concept EQG, it recently made its first public appearance at the IAA Mobility Show 2021 in Munich. The company says that the EQG concept is a vision of what an electrified G-Class will look like.

The final production version of the electric G Wagon is expected to be launched in 2025 which will be based on the EQG concept. Coming to its design, the Concept EQG looks a lot like the G-Class with a close visual relationship with its IC engine-powered sibling. However, the battery-powered G Wagon comes with a series of styling modifications that reflect the design of electric vehicles of the future.

The exterior overhaul of the SUV is subtle with a similar dual-tone paint scheme that is used in other EV models from Mercedes such as the EQS luxury sedan. The entire exterior has been installed with illuminated trim elements which include a solid black panel with a 3D star pattern instead of the front grille. At the front, the Fox grille is powered by round LED headlights with integrated LED DRLs.

The SUV is parked on large 22-inch aluminum wheels, while in place of a spare-wheel carrier, it has a storage box. The storage box is designed like a charging station with ports and a charging cable. The Concept EQG has the signature G Class boxy silhouette and is still supported by a ladder-on-frame chassis that sits on an independent suspension at the front and a solid axle at the rear.

While the exact specs of its powertrain have not been disclosed, it has been revealed that the SUV will be powered by four electric motors, each fitted close to the four wheels. Mercedes says that each of these motors can be operated independently to provide “unique driving characteristics.” These motors will be coupled through a two-speed gearbox which effectively provides low-range and high-range gearing thus meeting its off-roading requirements.

Mercedes says that the instant torque provided by the electric powertrain will enhance the SUV’s off-roading capabilities with more pulling power and controllability. The battery is integrated into the ladder frame to ensure a low center of gravity. While the exact battery specs, range and performance figures are yet to be revealed, it will certainly eclipse the current IC engine-powered G wagons.

Currently, the G wagon is offered in India in two iterations- the regular G350d and the more powerful AMG G63. The latter is powered by a twin-turbocharged 4.0-litre V-8 petrol motor that makes 577 bhp and 850 Nm of peak torque. The AG G63 accelerates from 0-100 kmph in just 4.5 seconds making it the fastest G wagon.