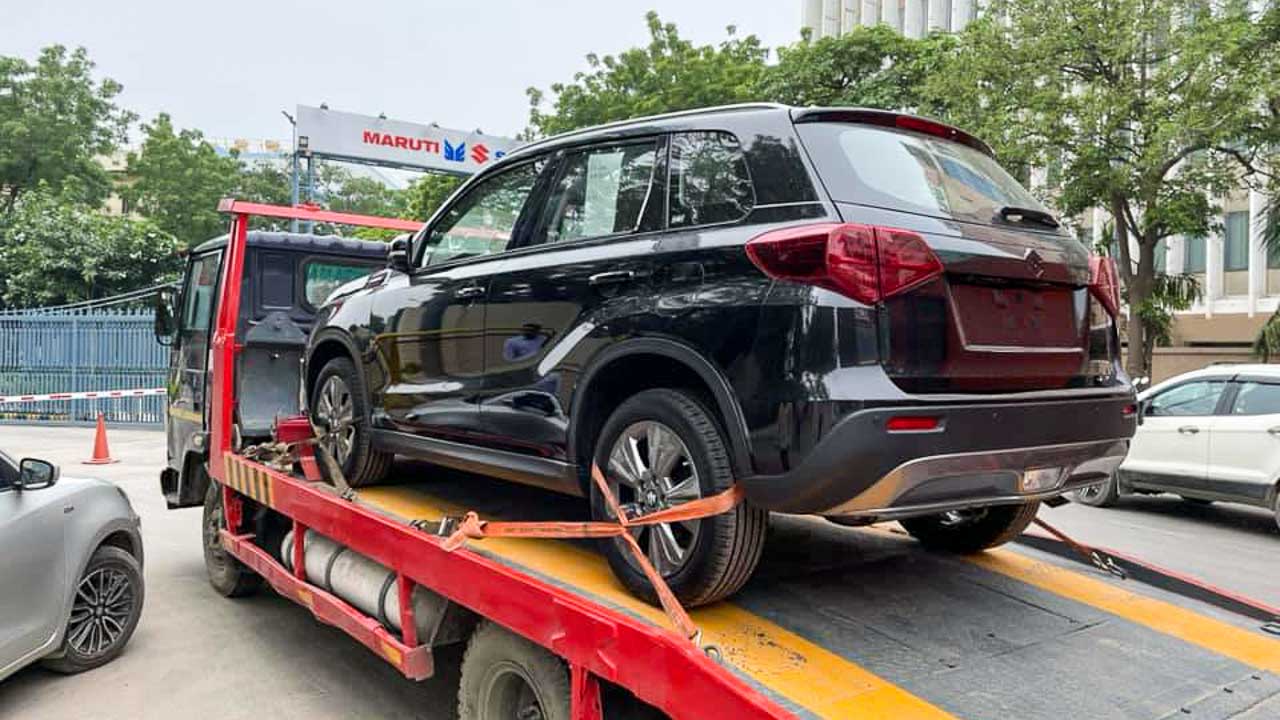 The India-spec C-segment SUV jointly developed by Maruti Suzuki and Toyota will take on the likes of Kia Seltos, Hyundai Creta, Volkswagen Taigun and Skoda Kushak.

Suzuki recently revealed the roadmap for its upcoming new generation models and their possible international debut. Some of them like the new generation S-Cross and Swift hold a lot of importance for the Indian market as well. The Japanese auto giant is also working hard on its most reliable C-segment offering – the Vitara, which will receive a new generation model in 2024.

Suzuki will introduce a new hybrid powertrain on the mid-size SUV. This hybrid setup will be paired with the very reliable 1.5-litre K-Series petrol motor that performs its duties on multiple models in India. Currently, this engine is equipped with a 12-volt SHVS mild-hybrid unit which is expected to be upgraded.

Several models in Suzuki’s international portfolio will benefit from the robust 48V mild-hybrid unit. However, it remains to be seen whether this technology will actually be paired with the 1.5-litre petrol motor. A 48-V mild-hybrid unit has also been offered in the current iteration of the Vitara, mated to a more powerful 1.4-litre Boosterjet turbo petrol motor.

The latest developments further suggest that the Japanese carmaker will introduce a new PHEV (Plug-in Hybrid Electric Vehicle) version of the new-gen Vitara to be launched in 2024. Suzuki has remained silent about the details of this futuristic powertrain. Probably still in the early stages of development. This powertrain will help the company achieve the required emission norms as well as promote it for battery-powered vehicles in the future.

The new Vitara will be quite different from the current model. The upcoming SUV will have a plethora of visual upgrades in comparison to the predecessor which will make it more rugged, butch and more SUV-ish in design than the crossover-ish. Needless to say, it will be offered with a lot of technical wizardry including a large touchscreen system, a digital instrument cluster, ambient lighting, auto climate control, connected car tech, ADAS functionality and much more.

The new generation model is expected to be taller than the existing Vitara and thus offer more room inside. Earlier reports from Japan suggested that the new Vitara would be 4,200 mm in length, 1,780 mm in width and 1,620 mm in height. However, the wheelbase will be the same as that of its current iteration at 2500mm. Apart from a new plug-in hybrid powertrain, it is also likely to carry forward the 1.4-litre BoosterJet unit.

In India, Maruti Suzuki is collaborating with Toyota to develop a new C-segment SUV, which will be underpinned by a later localized version of the DNGA platform. The SUV will be sold in India under both the brands with different names and logos.

Maruti may also name this SUV as Vitara but it will be different from the international Vitara. The India-spec Vitara is expected to be slightly taller than its international name at around 4.3m and will take on the likes of the Hyundai Creta and Kia Seltos.