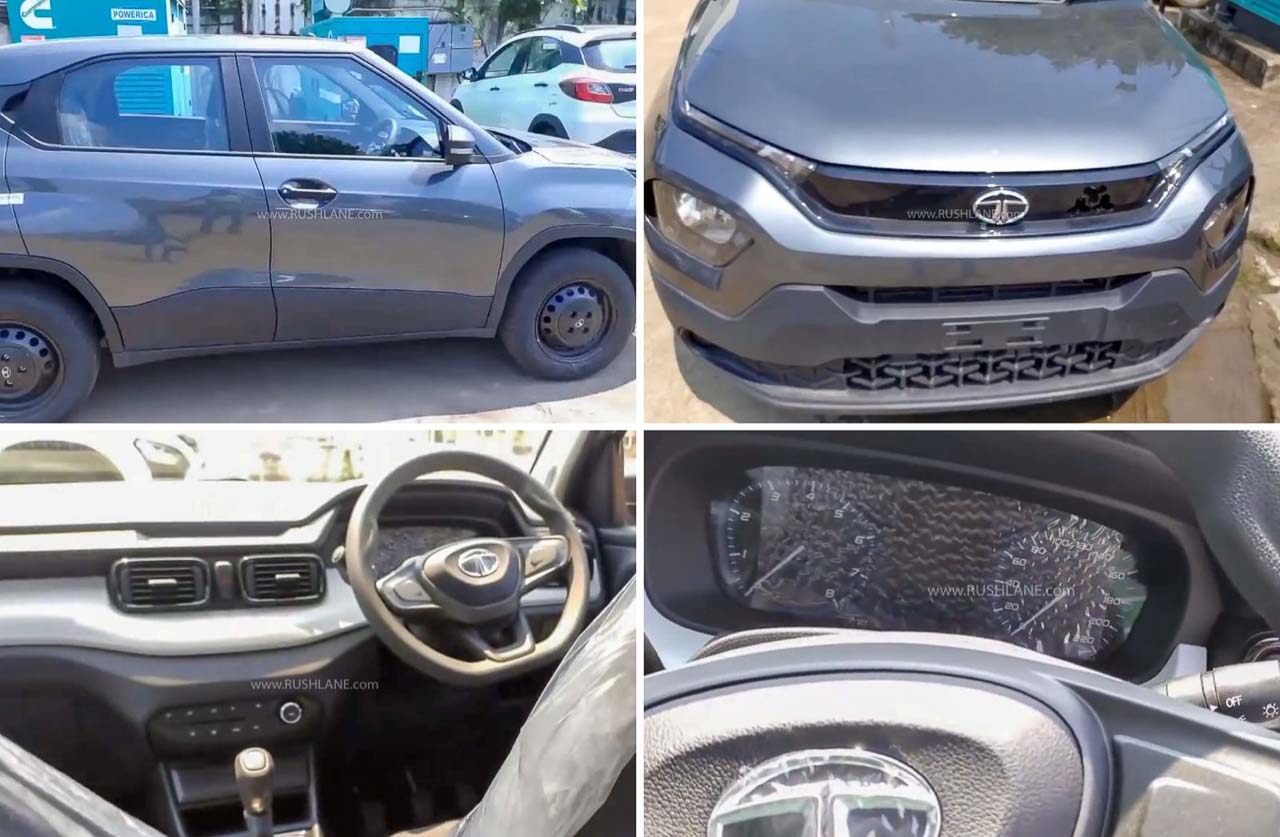 Upon its launch, the Tata Punch is expected to be offered at a starting price of Rs 5.0 lakh (ex-showroom).

The Tata Punch recently made its debut, which the company claims will be the cheapest SUV in the Indian market. Though the prices of the UV have not been announced yet, which will be revealed at the time of its official launch, but people liked what they saw.

Moving away from the standard nomenclature of the variant lineup, the punch will be offered in four trims namely Pure, Adventure, Exclusive and Creative. The Pure is the base variant while the Creative is the fully loaded trim. A video uploaded to YouTube by A2Y CarDrive / Symbol C gives a detailed walkaround of the base pure variant of the upcoming crossover.

As expected, the base variant of the Punch is equipped with only basic features and misses out on a lot of creature comforts offered on the top-end trims. To start with its exterior, the Pure trim rides on a 15-inch black steel rim wrapped with 185/70 tires without any wheel covers. It gets black exterior mirrors with a matte finish but features integrated turn indicators.

The front grille and lighting setup remain the same across the lineup, though the base model lacks LED projector headlamps and LED DRLs offered on the top-spec trim. So it has to do with reflector halogen headlamps. There are also no fog lamps in the lower bumper.

The chrome strip that lines the Humanity Line grille has also been left out. Apart from these, the crossover gets black body cladding with door sills and wheel arches as standard across the lineup.

The cabin of the base trim of the Punch looks very basic and bare-bones, even though it gets essential features like manual air conditioner, tilt-adjustable steering wheel and dual-tone dashboard. It lacks some of the niceties like auto climate control, steering mounted controls, infotainment display and much more. It gets a simple analog instrument console with a digital information display in the middle.

The rear seat armrest, adjustable headrest and power windows of the base model are also missing. There are adjustable headrests and power windows for front seat occupants. There is no provision for illumination in the boot or glovebox. However, Tata Motors is offering safety features like dual airbags, ABS with EBD, central locking, ISOFIX mount and brake self control across the lineup.

The base model of the Micro UV is powered by the same 1.2-litre 3-cylinder naturally aspirated petrol motor that kicks in 85 bhp and 113 Nm of peak torque. It is offered with a 5-speed manual only in the base Pure trim. The higher variant also gets the option of a 5-speed AMT.