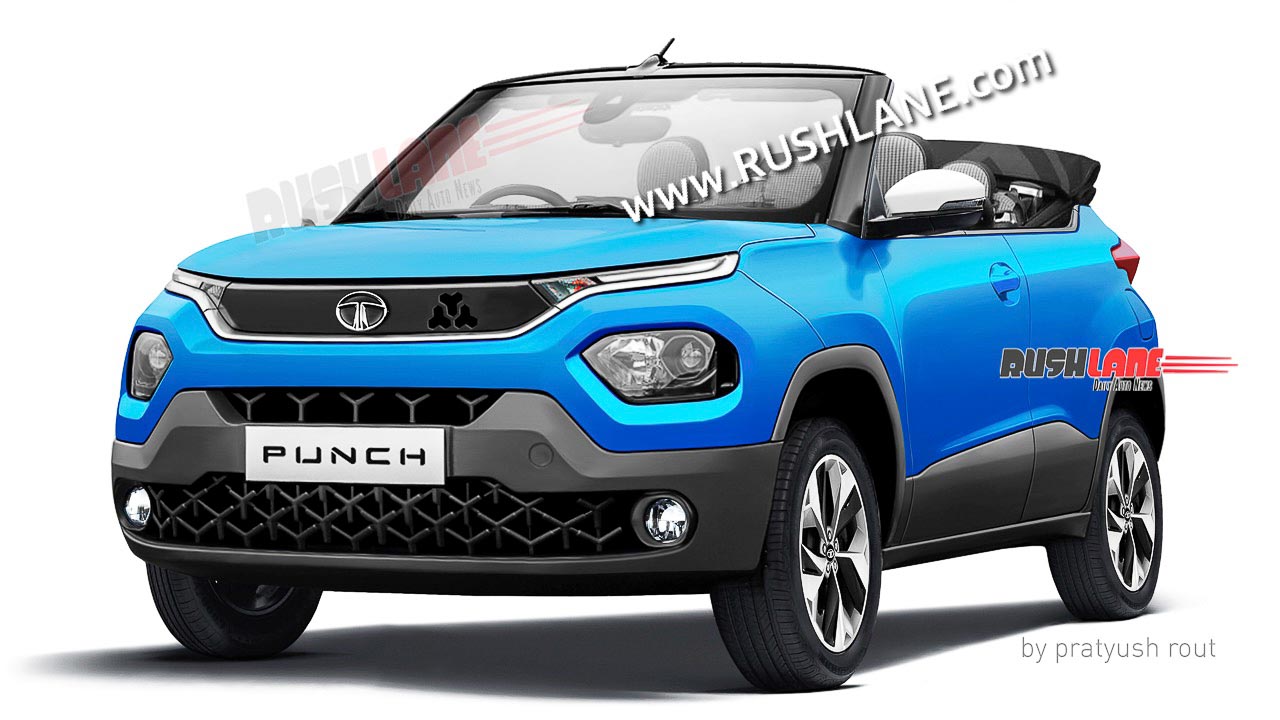 When launched, the Tata Punch will take on the Mahindra KUV100, Maruti Ignis and the Hyundai Casper

Tata Motors recently unveiled the Punch Micro UV which will be the new entry-level model in the company’s SUV lineup below the Nexon. Codenamed HBX internally, the crossover will be the second model after the Altroz ​​to be underpinned by ALFA Architecture.

The UV follows Tata’s Impact 2.0 design philosophy and draws many design cues from other models from the domestic carmaker. While most have appreciated the overall design of the car, few have reserved their opinion about its styling. Meanwhile, a digital render of the punch has been created by Pratyush Raut in which it has been re-modeled as a convertible.

Earlier, several models from Tata Motors, especially SUVs like Harrier, Safari and Nexon have been conceived as digitally convertibles that look really good. The same can be said of the latest illustration showing the punch without the roof. For most of its parts, the exterior design of the production-spec model has been retained in the render.

For starters, the front end of the SUV gets a split headlamp setup, which includes the main LED projector lights on the bumper and sleek LED DRLs placed above. The DRLs are joined by a gloss black grille with Tata’s signature humanity touch. The grille and DRLs have been contoured with a thin strip of chrome. The lower blacked-out bumper gets a wide air intake grille with fog lamps and Tata’s signature Y design motifs.

The all-black treatment is done on the side profile of the car as well as the black cladding on the door panels and raised wheel arches. The huge wheel arches are flanked by a set of dual-tone diamond-cut alloy wheels, similar to the original model.

The A pillar along with the window sill has been darkened to provide a nice contrast with the cherry red color of the body. Other highlights include body-coloured door handles, dual-tone ORVMs with integrated turn indicators and of course, a convertible roof.

The Punch is expected to be offered with two petrol engine options – a 1.2-litre naturally aspirated engine and a 1.2-litre turbo petrol engine. The former can churn out 85 bhp and 113 Nm of peak torque. The latter will most likely produce 109 bhp and 140 Nm of peak torque. Both the units will be offered with a 5-speed manual as standard along with the option of a 5-speed AMT.

More details of Tata’s upcoming Micro UV are awaited which are expected to surface ahead of its launch. However, in the most certain case, we will never see a convertible iteration of the SUV in the future. After launch, the Tata Punch will compete with the Maruti Ignis and the upcoming Hyundai Casper.