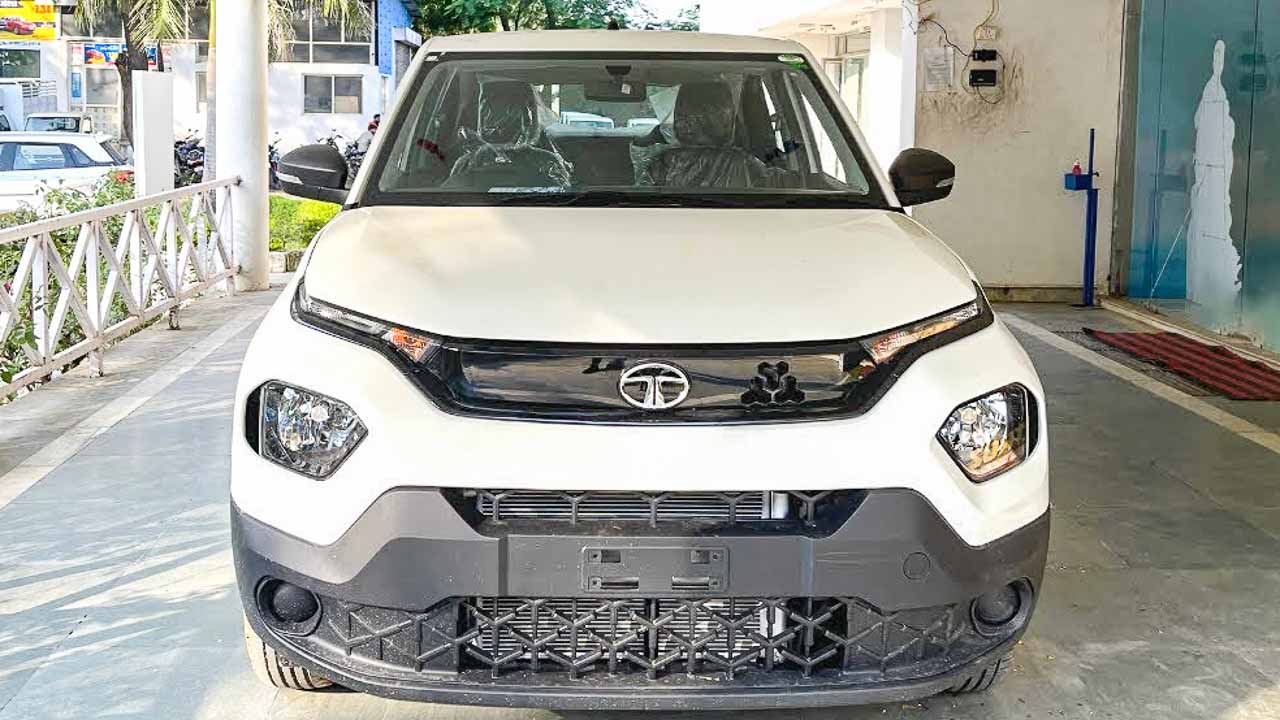 Along with the sales of Tata Motors, their share price is growing at a record pace in 2021

The launch of Tata Punch is near. The official date is 18 October 2021. While almost all the details of the upcoming micro SUV are in the public domain, only its price announcement is pending. The safety rating was also revealed through a recent leak, which confirmed that the punch will receive a 5-star GNCAP rating.

Punch is based on the new Agile Light Flexible Advanced (ALFA) architecture. It shares it with the Altroz ​​which is also based on the same platform. Tata’s signature Impact 2.0 design philosophy determines the overall appeal of the car. To add to its SUV quotient, the design team at Tata has installed thick plastic cladding around the punch. The top of the line trims also get a dual tone color scheme, which further adds to the aggressive look of the punch.

For a change, Tata has decided to use a new variant naming strategy in which they have abandoned the traditional XE/XM/XT/XZ list and instead use adjectives like pure, bold, complete and creative . The Pure is the new base model, while the Adventure sits on top of it.

The Creative is the top-end trim and the Accomplished is second from the top. The color options include 7 different shades, including Atomic Orange, Meteor Bronze, Daytona Grey, Calypso Red, Tornado Blue, Tropical Mist, and Orcus White. Take a look at the detailed walkaround video of the Tata Punch Pure variant by Ace of Wheels.

Under the hood, Tata has employed its tried and tested 3-cylinder 1.2-litre petrol motor, which also powers other Tata products such as the Tiago, Tigor and Altroz. The motor can make 85 hp and 113 Nm of peak torque. On the punch, Tata will offer 2 transmission options, a 5 speed MT and an AMT setup.

From the inside, the design of the punch resembles the one seen on the Altroz. It gets a semi-digital instrument cluster, 7-inch touchscreen infotainment unit that is compatible with Apple CarPlay and Android Auto, Tata’s new IRA Connected feature pack, flat bottom steering, multiple drive modes, cruise control, auto wipers and headlamps and much more.

On the safety front, it gets dual airbags, rear parking camera and sensors, ABS and EBD. As stated earlier, it is expected to get a 5-star GNCAP safety rating. An official announcement is expected at the launch event.

In Tata’s portfolio, the Punch will be positioned as the new entry-level SUV and hence will be placed below the Nexon. Due to its price and positioning, it will be placed above the Tiago and at the same level as the Altroz. Unsurprisingly, it also shares its platform and considerable powertrain components with the Altroz.

The punch is expected to be priced between Rs 5-8.5 lakh, and hence will be a direct competitor to other micro SUVs and several hatchbacks. The competition will include Maruti Suzuki Swift, Hyundai i10 Nios, Mahindra KUV100 and Maruti Suzuki Ignis. Thanks to its pricing, it will compete with the entry-level trims of the Renault Keger and the Nissan Magnite. The official bookings have already started and one can book a Punch for INR 21K at a Tata dealership or on the official website of Tata.

Share
Facebook
Twitter
WhatsApp
Previous articleSupriya Shukla will take a break from ‘Kundali Bhagya’, the makers of ‘Kumkum Bhagya’ and ‘Mollaki’ were also shocked by the actress’s decision!
Next articleKapil Sharma made fun of Taapsee Pannu about Akshay Kumar’s name, after hearing the actress said – I will not take it out
RELATED ARTICLES
Automobile