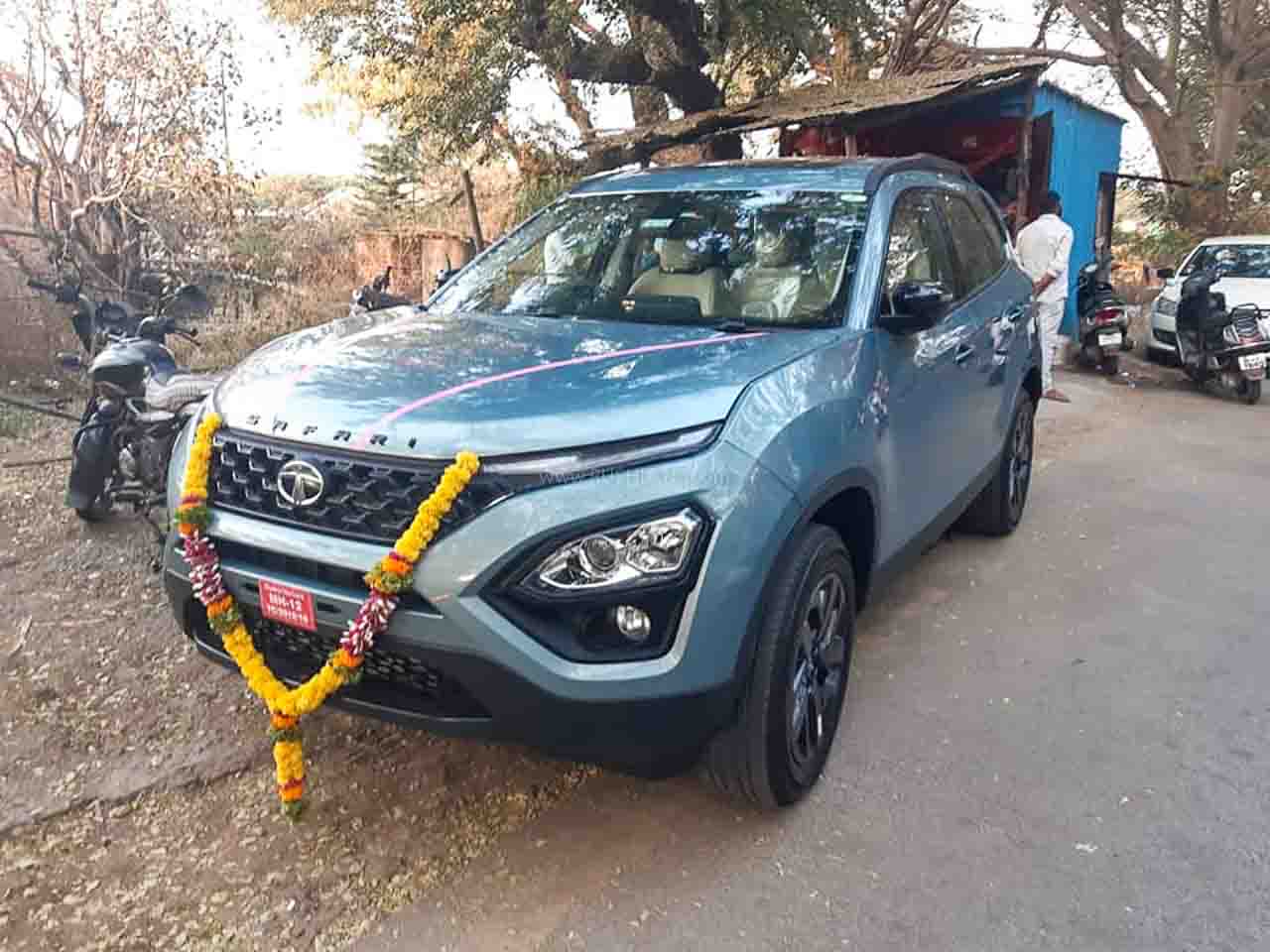 If the XUV700 replicates the success of Thar, it could pose a challenge to rivals Safari, Harrier, Alcazar and Hector Plus

Tata Motors has introduced some new features for the Safari mid-spec XT and top-spec XZ/XZA variants. With these, the prices have been increased by Rs 7-12k. This follows the launch of the Safari Gold Edition, which is now the top-spec variant of the SUV. Safari Gold Edition is available in the price range of Rs 21.89 Lakh to Rs 23.18 Lakh.

As may be recalled, the Safari Gold Edition came with golden highlights on the exterior and interiors. It gets premium features like Oyster White Diamond Quilted Genuine Leather seats and ventilated front and second row seats.

Other major updates include air purifiers over Wi-Fi, wireless charger, and Android Auto and Apple CarPlay. These features will now be offered with some standard variants of Safari as well.

With the update, the Safari XT and XT+ have become costlier by Rs 7k. The new prices are Rs 18.06 lakh and Rs 18.66 lakh respectively. The other variants XZ, XZA, XZ+, XZA+, XZ+ Adventure, and XZA+ Adventure have become costlier by Rs 12k each. Their price ranges from Rs 20.09 lakh to Rs 22.14 lakh. In terms of features, the XT trims now get an air purifier. Wireless charging and Wi-Fi Android/Apple connectivity will be available with the XZ and XZA and higher variants.

Tata Motors is known for introducing updates to most of its cars at regular intervals. This has helped in keeping the portfolio fresh in line with the emerging market trends. In the case of Safari, the update timing seems to be the most appropriate. The Safari will soon take on the Mahindra XUV700, which is expected to go on sale in the coming weeks.

The prices of the XUV700 are expected to be revealed soon. Leaked data indicates that the competitive price of the XUV700 will start at Rs 11.99 lakh. The top-spec variant will be offered in the range of Rs 18.49 lakh to Rs 21.69 lakh. The XUV700 is equipped with segment-first features such as Advanced Driver Assistance System (ADAS). With the update, the Tata Safari can better compete with the XUV700.

Share
Facebook
Twitter
WhatsApp
Previous articleKatrina Kaif could not return with Salman Khan after finishing the shooting of ‘Tiger 3’, now will return with Emraan Hashmi
Next articleWhen a new picture of Prabhas came out, the users started trolling, said- ‘Looks like this without makeup’
RELATED ARTICLES
Automobile