Tata Safari Gold Edition teased ahead of debut in IPL 2021 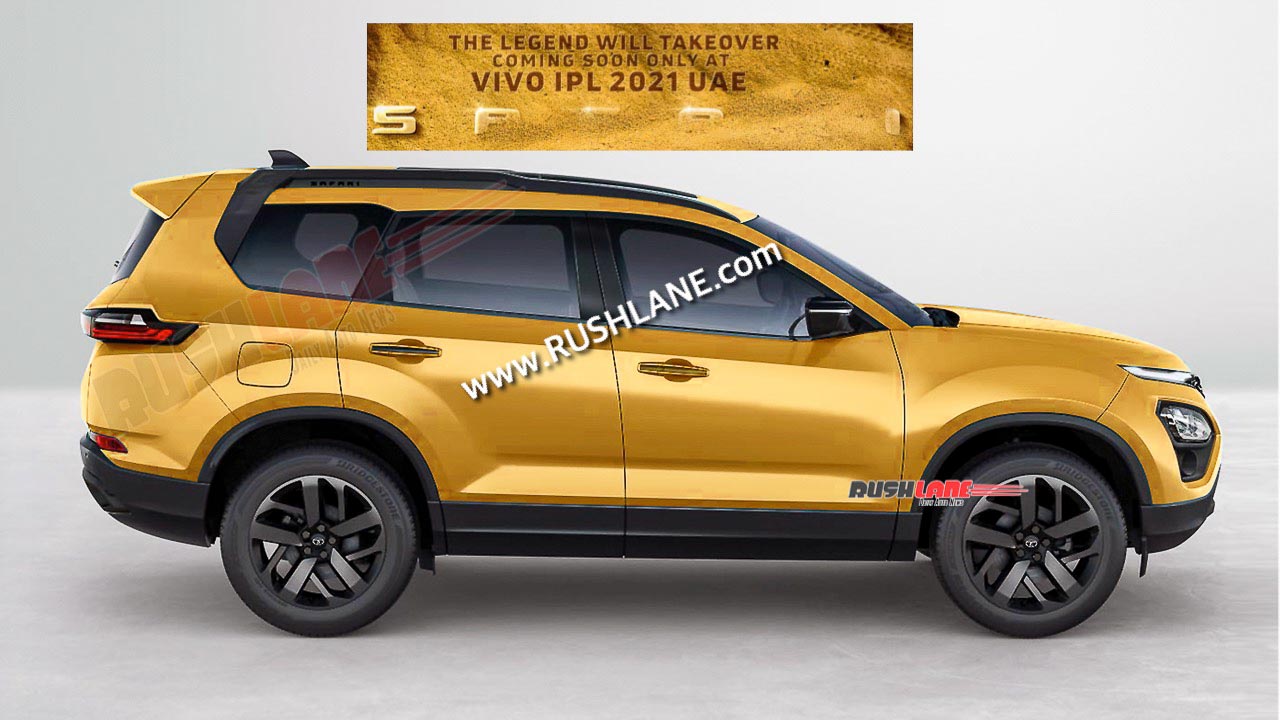 In the mid-size SUV segment, Safari is ahead of Jeep Compass but behind Harrier, Hector and Alcazzaro

The timing of Tata seems to be the most appropriate for the unveiling of the Safari Gold Edition. It goes well against the background of the golden-hued desert, which is known to most regions of the United Arab Emirates and the Middle East. Significantly, the second leg of the IPL is being organized in the UAE from September 19 to October 15.

Earlier, the IPL had to be suspended due to the increase in COVID cases during the second wave. For maximum visibility, the best dates to unveil the Safari Gold Edition would be the opening day or the last day when the final match will be held.

It is likely that the Tata Safari Gold Edition will use the High-Street Gold color option. It was first introduced with the Altroz, as a means of representing the car’s superior design, driving dynamics, customization, technology and safety. The Altroz ​​was essentially presented as a gold standard in all these aspects.

Based on general street observations, it is clear that the high-street gold color is not for everyone. For SUVs, the preferred color option is usually white, black, gray and blue. High-street gold certainly sounds appealing, but it’s more of a collector’s item. Not many people would feel comfortable using an SUV wrapped in gold.

Coming to the Safari, the current color options include Royal Blue, Tropical Mist, Daytona Grey, Orcus White and Tropical Mist Adventure. It is possible that a dark edition may be introduced for Safari in the future. The Dark Edition is currently available with Tata cars like Harrier, Altroz ​​and Nexon.

Safari Gold Edition will probably target a specific customer base that doesn’t mind experimenting with new ideas. This can attract people who like to show off their ride and believe that cars complement their style statement. The High-Street Gold color looks particularly good on safaris as compared to the Golden Altroz. This could translate into higher sales of the Safari Gold Edition.

It is not certain if the golden theme will be applied on the inside as well. If this is enforced, they are likely to be limited to subtle cues. For example, the dashboard may have some golden colored accents.

The Tata Safari Gold Edition will be similar to the other models in terms of design, features and engine options. Safari uses the same Omega architecture (Optimal Modular Efficient Global Advanced Architecture) as the Harrier. It has been taken from Land Rover’s D8 platform.

The Safari is offered with a 2.0-litre turbo diesel motor that makes 170 PS at 3750 rpm and 350 Nm at 1750-2500 rpm. It is mated to either a 6-speed manual or a 6-speed automatic transmission. The SUV packs in a wide array of safety features. This includes 6-airbags, perimetric alarm system, electronic stability program (ESP), electronic parking brake with auto hold, hill hold control, hill descent control, auto dimming IRVM and tire pressure monitoring system.