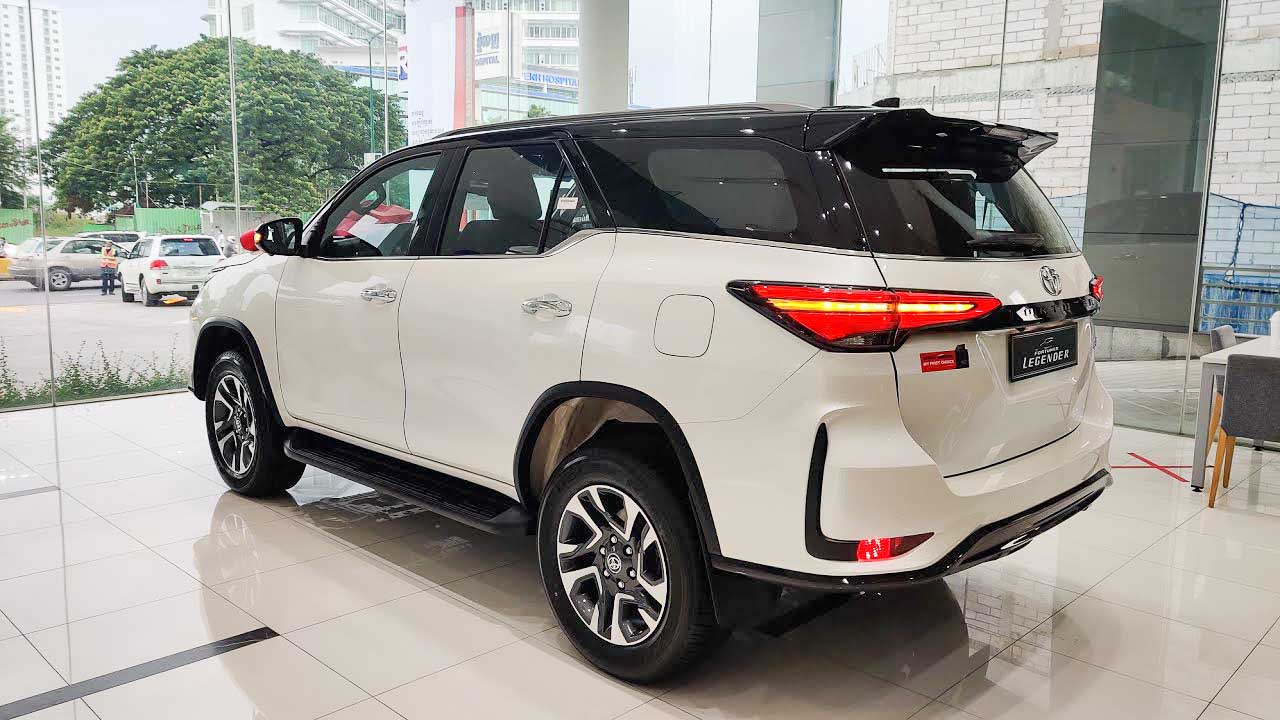 After the discontinuation of the Ford Endeavor, the Toyota Fortuner is now taking on the MG Gloster, Mahindra Alturas G4 and the Volkswagen Tiguan Allspace.

Toyota Fortuner has been the blue-eyed boy in the premium SUV segment ever since it was first launched in India in 2009. The second generation of the SUV made its debut in 2016, while it received a comprehensive mid-cycle facelift earlier this year.

The updated SUV comes with a new top-spec trim called the Legend which offers a whole bunch of nuances that make the Fortuner a modern proposition. However, a sad point against the Legend is that it does not come with the 4×4 drivetrain that has made the Fortuner nameplate famous among its ranks.

This will be addressed soon as Toyota plans to introduce a 4WD option in the range-topping Legend trim. As per our sources, the price of this new variant will be announced at the time of launch on 8th October 2021, while the company will start shipping the units of the SUV by the end of this month.

The current 4×2 variant of the Legend is priced at Rs 38.30 lakh (ex-showroom), while the upcoming Toyota Fortuner Legend 4×4 variant is expected to be priced north of Rs 40 lakh, ex-sh. With the Ford Endeavor now gone, Toyota expects to see further sales growth. Apart from this, the upcoming Diwali festive season will also help in boosting the sales.

This will make it the most expensive SUV with 4WD in the Indian market. Apart from the addition of a 4×4 drivetrain, the new variant will not get any other updates in terms of styling or features. It will continue to offer features like LED headlamps, LED taillamps and a 9-inch touchscreen infotainment unit with Android Auto, Apple CarPlay and Toyota Connect for connected car features.

Powering the Fortuner Legender is a 2.8-litre turbo-diesel motor that comes mated to a 6-speed torque converter automatic gearbox as standard. This powertrain produces 201 bhp and 500 Nm of peak torque. The standard trim is also offered with a 6-speed manual gearbox while a 2.7-litre petrol engine is also part of the lineup. The petrol motor puts out 164 bhp and 245 Nm of peak torque and is offered only in a rear-wheel-drive configuration.

With its flagship Ford Endeavor in India, the Fortuner now has a huge base of potential customers. Prices for the base variant of the seven-seater SUV start at Rs 30.34 Lakh (ex-showroom). The Fortuner will now have to compete with the Mahindra Alturas G4, MG Gloster and VW Tiguan Allspace.