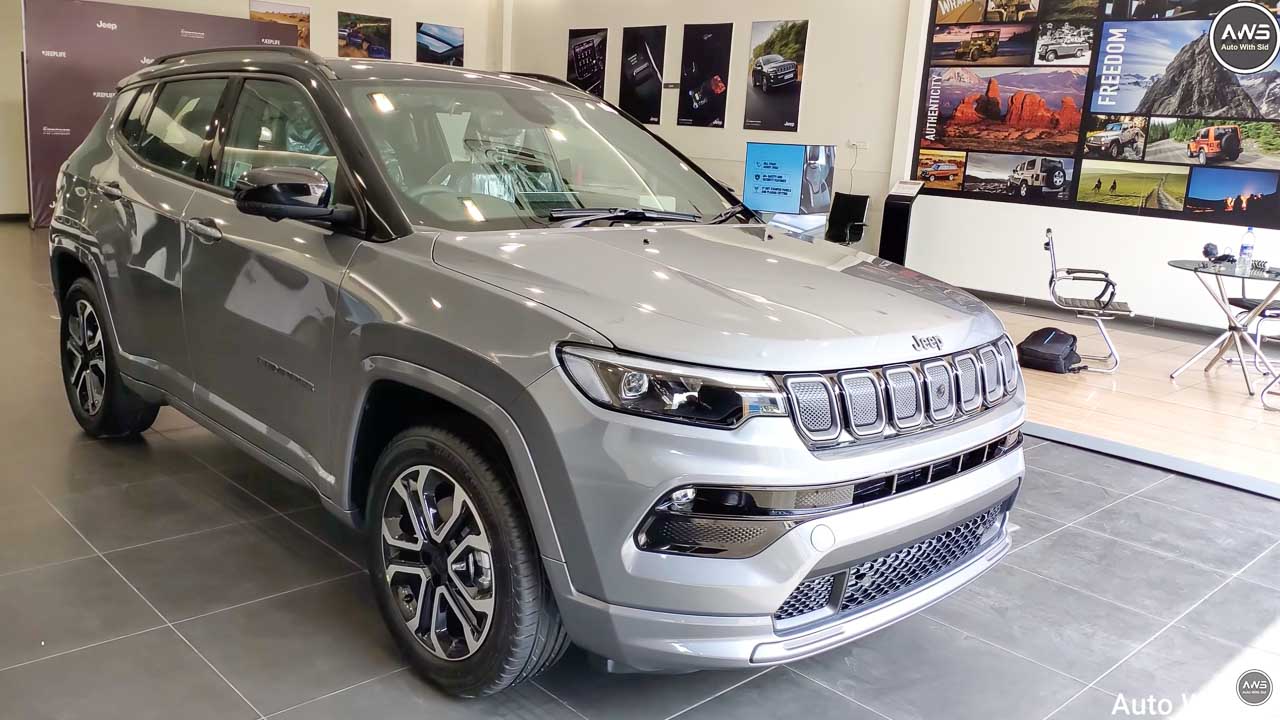 Jeep has quietly rolled out a series of updates on the top-spec Model S trim of the Compass. It should be noted that the Compass received a mid-life facelift earlier this year, which included a serious overhaul of its interior layout and lineup including features. The exterior design of the SUV also saw subtle updates in the recent facelift.

The latest update is limited to the top-spec Model S which gets an upgraded infotainment system. It now also gets an automatic ventilated driver seat. Called the Model S (O2), the updated trim comes at a price hike of Rs 15,000 over the outgoing Model S (O1).

In details, the top-spec Compass is now equipped with the 5th-gen R1 High 10.1-inch infotainment system that features integrated navigation with Android Auto and Apple CarPlay connectivity. In addition, it comes with integrated voice commands for hands-free operation of radio, media, phone, climate control and navigation.

The updated infotainment unit is equipped with 6GB RAM and 40K MIPS chipset which is said to be faster than the older unit. The previous system was equipped with 2GB of RAM.

Another important addition is the automatic ventilated driver’s seat which automatically switches on when the cabin temperature rises above 26.5°C when the engine is cranked. This is a very useful feature especially in subtropical climates like India where summers are long and hot.

No updates have been made in the mechanical department of the SUV. It still gets two engine options – a 1.4-litre turbo petrol mill and a 2.0-litre Multijet diesel unit. The former cranks 161 bhp and 250 Nm of peak torque and is offered with a 7-speed DCT automatic gearbox as standard in this range-topping trim.

However, the oil burner is available with a 6-speed manual or 9-speed torque converter automatic gearbox. This powertrain generates 170 bhp and 350 Nm of peak torque. The automatic iteration of this powertrain is also offered with a 4×4 drivetrain. Jeep is currently developing a three-row SUV based on the Compass platform that recently made its debut as the Commander. In India, it is expected to launch next year and will be retailed as Meridian.