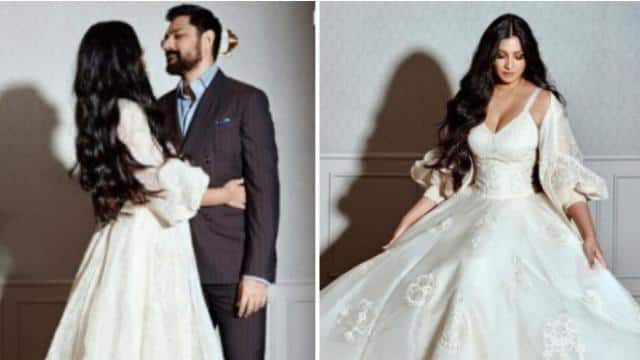 Sonam Kapoor’s sister and Anil Kapoor’s daughter Rhea Kapoor recently married her boyfriend Karan Boolani. The pictures of their wedding ceremonies are viral on social media. The family has also shared photos. Now some interesting pictures are showing on Riya’s Instagram. In this, apart from her husband Karan, she has shared some stylish pictures of herself in the bedroom.

Only close people attended Riya’s wedding. On the second day of marriage, Anil Kapoor had a reception party. Riya’s look was quite different in both the wedding and the wedding party. He chose off white outfits instead of red traditional clothes. Riya has shared many photos in which her recent pictures and Insta story are quite interesting.

Riya has shared a video clip on Insta. In this, her husband Karan is seen caressing his dog. Riya has written, Morning behavior. Along with this, some Lavi-Dweey poses have also been shared with Karan. Riya has posted some more pictures of her in which she is seen becoming a babe from daughter-in-law.

Riya’s family members have also posted pictures of wedding ceremonies. Anil Kapoor and Sonam Kapoor had also posted some lovely pictures. Riya has also posted for Karan and she wrote, After 12 years I should not have been nervous because you are my best friend. But I cried, trembled and had stomach twitches because I had no idea it would be such a pleasant experience.

Share
Facebook
Twitter
WhatsApp
Previous articleSalman Khan leaves for Russia for the shooting of ‘Tiger 3’, talks about the inspector who does more checking than him
Next articleBest photo of Kareena’s bikini selfie series from Maldives came in front, the beloved was seen sleeping in her lap
RELATED ARTICLES
Entertainment