After meeting Shahrukh Khan with Aryan, Bollywood became active on social media, Sonu Sood said – ‘Every news is not news’ 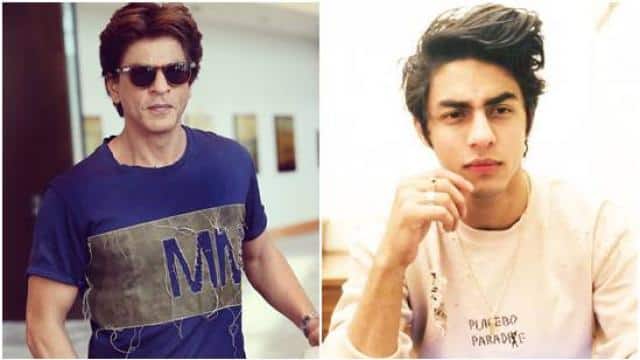 After Aryan Khan’s name came up in the drugs case, father Shah Rukh Khan came to meet him for the first time on Thursday (October 21). Shahrukh Khan had a conversation with Aryan for about 15-20 minutes. However, these conversations took place over the intercom. Along with Aryan, the special NDPS court has extended the custody of other accused till October 30. While the video of Shahrukh reaching Arthur Road Jail to meet son Aryan is becoming increasingly viral on social media, on the other hand many stars and fans have come out in support of Shahrukh once again.

Let us inform that on Wednesday, Aryan Khan’s bail plea was rejected for the second time. At the same time, the hearing will be held in the High Court on Tuesday. Meanwhile, ‘Lipstick Under My Burkha’ director Alankrita Srivastava wrote in a tweet, ‘My heart goes out for Shahrukh Khan. I hope all will be well at the end of this one.’

My heart is broken for SRK. May there be light at the end of the tunnel.

Pooja Bhatt wrote on Twitter, ‘People of the press I know that times are going very tough. Right now you are under a lot of pressure from your bosses. You are not even paying attention to your health and safety for the sake of bite but how you will explain this type of behavior to your kids, it is very unfortunate.

Dear members of the press. I know times are tougher than ever & there is immense pressure on you’ll from your respective employers to grab a byte even if it means compromising your own health & safety but how do you’ll explain this pack like behavior to your own children? Tragic. https://t.co/oU6W1Od9cm

Film director Hansal Mehta wrote in his tweet, ‘Being a celebrity, being a star, being from Bollywood you mean emotions…. As a father your feelings are public. This is very unfortunate and a very harsh decision. After this he wrote, ‘Bollywood is not a company, nor is it a mafia. It is a group of people who work together to entertain people. I have never appreciated the word Bollywood. I don’t know why people here are considered as punching bags.

Bollywood is not a place, not a company and definitely not some mafia. It is a loosely coined term for a large number of individuals who work really hard to create, to entertain, to engage and unlike many other professions are always vulnerable to criticism, scrutiny and abuse.

Sonu Sood has made a tweet taunting the media. Although Sonu Sood neither named Shahrukh nor Aryan in his tweet, but his tweet can be clearly understood. Sonu wrote in his tweet, ‘Before running after someone’s feelings with the camera, remember, God’s camera is focused on you. Because not every news is news.

Before running after someone’s feelings with a camera, remember,
God’s camera is sitting on you.
Because every news is not news.

Let us tell you that many other celebs and fans have also tweeted on this matter. Remind that before this many other stars including Hrithik Roshan, Zoya Akhtar, Farah Khan, Raveena Tandon have tweeted in support of Shahrukh on this. At the same time, Salman Khan went to Shahrukh’s house twice.