After Rajinikanth- Akshay Kumar, Ajay Devgan will be seen in Bear Grylls show, suspense still going on in the name of a celeb 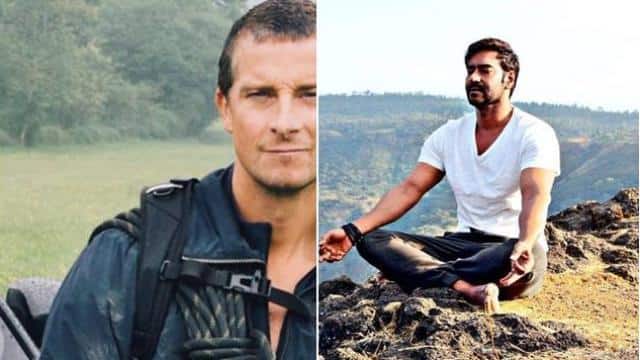 Ajay Devgan arrives in Maldives
According to a report in the Indian Express, Ajay Devgn is going to shoot an adventure episode of the show in Maldives with Bear Grylls. For which Ajay has also left for Maldives. Although there is a suspense along with this news that along with Ajay Devgan, another celebrity will also be seen with Bear, but no concrete information has been revealed about who this second star will be.

Did an episode with PM Modi too
Remind that Bear Grylls has also shot an episode with Prime Minister Narendra Modi. The special episode in 2019 was titled ‘Man vs Wild with Bear Grylls and PM Modi’. The episode of PM Modi with Bear has been liked by the audience and the photos and videos of the show became increasingly viral.

Ajay’s upcoming projects
Recall that Ajay Devgan was recently seen in ‘Bhuj: The Pride of India’. On the other hand, if we talk about Ajay’s upcoming projects, he will soon be seen in RRR, apart from this, Maidan and Meday are also included in Ajay’s account. At the same time, he will also have a cameo in the film Sooryavanshi and Ajay is going to make his digital debut with Rudra.