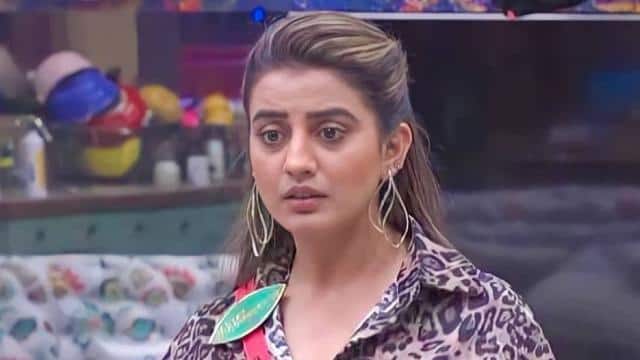 Bhojpuri film superstar Akshara Singh recently appeared in ‘Bigg Boss OTT’. She is out of the show. The time Akshara was in ‘Bigg Boss’, she managed to win the hearts of the fans. After leaving the show, he also took a jibe at Karan Johar’s hosting. He said that ‘Bigg Boss’ means only Salman Khan. Akshara has now revealed about her personal life and told that she has been in a bitter relationship.

‘Sent the boys with the acid bottle’

Akshara revealed that she went into depression after the breakup. During this, his family always stood by him, due to which he helped in making a comeback. Talking to the Times of India, Akshara Singh says that ‘I received threats to kill and ruin my career many times but because of my father, I remained courageous. I stopped worrying about anyone. I have no fear of life. I have suffered a lot due to which the fear of death was over. I thought what will you do, will you not kill me? Let’s kill. My ex had sent some boys with acid bottles and he wanted to ruin my career.

‘No one has to bear all this’

Akshara further says that ‘Some boys chased me with a bottle of acid in their hand. They were running after me. Those who use drugs on the streets were sent after me. I just pray to God that no woman should have to go through all that I had to go through.

Industry did not help

Akshara said, ‘No one helped me in the industry. There were people who came to console me but most of them judged me that I am like this so all this is happening to me. Nobody supported me. I was on one side and the whole industry was on one side. I didn’t have any work. Everyone fired without giving any reason. Only my family and I know how I survived in Mumbai.

Let us tell that Akshara Singh and Bhojpuri actor Pawan Singh were in a relationship for a long time. Akshara ended their relationship when Pawan Singh married for the third time. The relationship between the two had deteriorated so much that the matter reached the police.