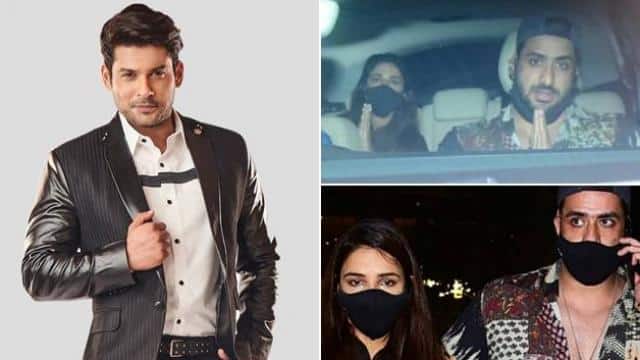 Actor Siddharth Shukla said goodbye to this world on Thursday, after which stars and fans are remembering the actor. While fans are paying tribute to the actor on social media, on the other hand the stars are reaching Siddharth’s house.

Ali-Jasmine arrived to give the last farewell
Let us inform that Ali Goni and Jasmin Bhasin also reached Mumbai after getting information about Siddharth’s death. Photos and videos of Jasmine-Ali reaching Mumbai airport and then outside Siddharth’s house are becoming increasingly viral on social media. At the same time, remembering Siddharth in a video, Ali Goni’s eyes are also looking moist.

Varun Dhawan to Rahul Vaidya appeared
Everyone is shocked by the death of Siddharth Shukla. No one had imagined that a person who is always happy and always makes others happy will one day make everyone sad. Along with Rahul Vaidya, Disha Parmar, Rashmi Desai, Varun Dhawan, Karanvir Bohra, Manish Paul, Prince Narula, Asim Riaz and Hindustani Bhau, many stars have reached Siddharth’s house to bid his last farewell.

Share
Facebook
Twitter
WhatsApp
Previous articleDuring the promotion of ‘Bhoot Police’, the photographer told Yami Gautam – ‘Fair and lovely here…’, see the befitting reply of the actress in the video
Next articleRashmi Desai reached Siddharth Shukla’s house, said in Bigg Boss – ‘I will not give it water even while dying…’
RELATED ARTICLES
Entertainment