Amitabh Bachchan said in KBC – there will be a hindrance in my married life, see what happened 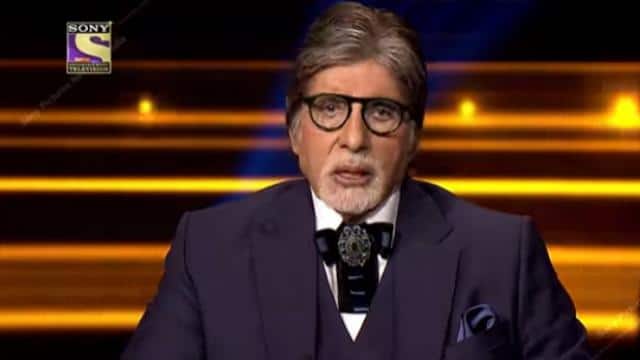 Kaun Banega Crorepati has a huge fan following. Its host Amitabh Bachchan entertains people a lot. People’s craze for him is also tremendous. In Thursday’s episode, Amitabh Bachchan was getting a lot of attention from one of his female fans sitting in the audience. The fan gave Big B a flying kiss, to which he blushed and said that his marriage would be in danger.

Big B said – there will be a hindrance in marriage

In KBC 13, Contestant Kalpana Dutta answered the question of Rs 12,50,000 correctly. Then during the break, the female fan started doing flying kisses towards Amitabh Bachchan. On this, Amitabh Bachchan jokingly said, look madam, let me tell you the right thing. You have become a big hindrance in our married life. Have you sent so many kisses?

Deepika and Farah will be guests

The new season of Kaun Banega Crorepati has started last month. This time the spectacular Friday has started, in which the syllabus is on the hot seat. This time Deepika Padukone and Farah Khan will be seen answering the questions of Amitabh Bachchan. Many promos of this episode have also been shared by the channel, in which Deepika Padukone and Farah’s funny conversation with Big B has come to the fore.

Farah Khan and Amitabh Bachchan had a debate on Veg, Non Veg Biryani, Big B said in anger – get the car

There was a debate on Veg Biryani