Ankita Lokhande was seen immersed in the love of boyfriend Vicky Jain, shared the video and said – the entry of the best person is sudden 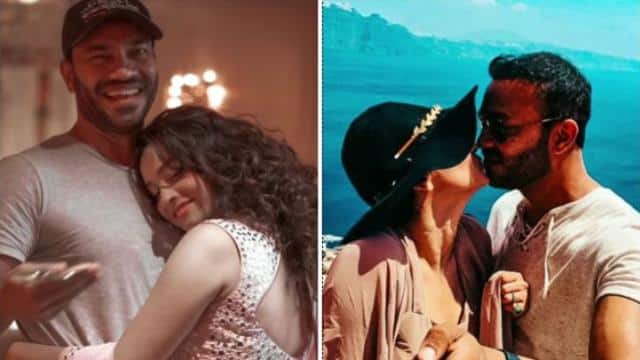 ‘Pavitra Rishta’ fame Ankita Lokhande has shared a video on Instagram with her boyfriend Vicky Jain. In this video, Ankita has made a video clip by combining the moments spent with her boyfriend and expressed her love to him. Video Once again Ankita has described Vicky as the best person of her life.

While sharing her romantic video with Vicky, Ankita writes in the caption – The entry of the best person happens suddenly. In the video you can see that Ankita has made a video with her Vicky Jain from the streets of Mumbai to New York, from wedding functions to private time, by combining photos of all the moments. In this video, Ankita can be seen kissing her Vicky and sometimes wrapped in his arms.

2 lakh people have seen this video of Ankita within an hour. Many people have praised this couple by liking this video. Although many people have commented on Ankita’s post once again remembering actor Sushant Singh Rajput. One user wrote while commenting – Call whatever you want, but I only call you Sushant, I am getting emotional. Another wrote – No one can replace Sushant. A third wrote – I wish Sushant had been in place of Vicky, how much better both would have looked.

Ankita has been in news for dating Sushant once

There was a time when there used to be discussions about the pair of Ankita and Sushant in Bollywood. Ankita-Sushant were the co-stars of ‘Pavitra Rishta’. Sushant Manav and Ankita played the role of Archana in this serial. The chemistry between the two was well-liked by the people. At the same time in real life, both of them dated each other for six years but separated in 2016. However, now Sushant is not in this world. Sushant has passed away in the year 2020.