Anushka Sharma, furious over media coverage on Siddharth Shukla’s death, said – she does not consider you a human being… 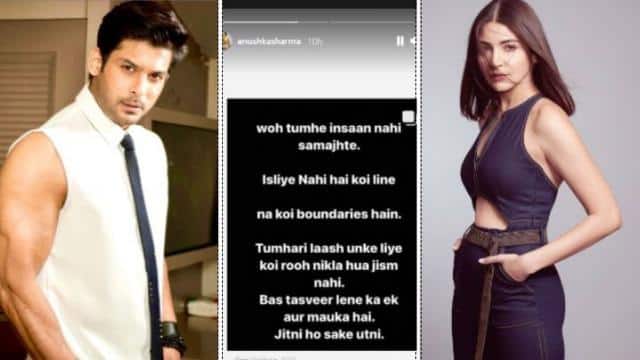 Siddharth Shukla, the big actor of the small screen, has now merged with Panchtatva. His death has caused a deep shock to his close friends and fans. Everyone is shocked and saddened by his passing. However, some stars looked worried and sad after seeing many pictures and videos of Siddharth Shukla’s last journey going viral on the internet. They include the name of a Bollywood actress Anushka Sharma, who has expressed her displeasure over the media coverage of Siddharth Shukla’s death by sharing a post from her Insta story.

For information, let us tell you that the post Anushka Sharma has made as her Instagram story is a post by stand-up comedian and YouTuber Zakir Khan. Through this post, Zakir Khan also expressed grief over the media coverage on the death of Siddharth Shukla. In this post, she has written about ‘what happens after the death of a celeb’ and ‘how do people react after she leaves’, on which Anushka Sharma seemed to agree.

Anushka Sharma was so impressed by this post of Zakir that she expressed her displeasure by sharing a part of this post on her Instagram. He has written in the line of the comedian’s post which he has made his Instagram story – He does not think of you as a human. That’s why there are no lines, no boundaries. Your corpse is not a soulless body for them. Just one more chance to take a picture. As much as possible… Zakir Khan.

These stars also agreed with Anushka

Talking about the complete post of comedian Zakir Khan, he has posted 6 pages, which is quite touching. Seeing his post, not only Anushka, but many other stars were also impressed. Gauahar Khan, Nakuul Mehta, Parul Gulati, Sneha Wagh, Rahul Subramaniam, Himani Kapoor, Harshdeep Kaur, Rohit Jugraj have liked and commented on the comedian’s post. 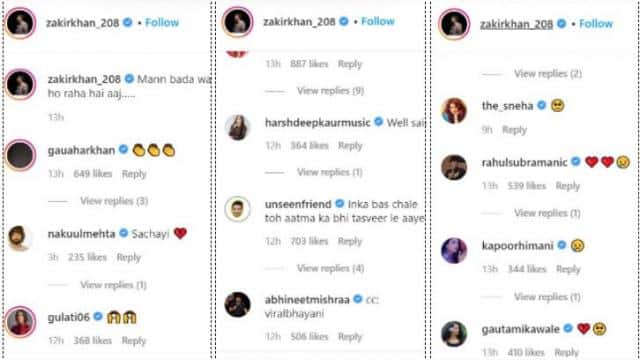 Zakir Khan wrote in his post, “They don’t think you are human. That’s why there are no lines, no boundaries. Your corpse is not a soulless body for them. Just one more chance to take a picture. As much as possible. It is further written, ‘These are like trying to steal utensils from a burning house in riots because after them what will be of use to you. Up to 10 photos, 5 stories, 3 videos and 2 stories. 1 post and just over, so your death will remain a spectacle. ”

With this it has been written further, “A weeping mother also a spectacle, a father broken by sorrow, a spectacle, a heartless sister, a courageous brother, every person who loves you is a spectacle to him. If you were alive it would have been different. After you die, you will quench their hunger with your cries. Just telling that you and I have chosen this life. If you know this thing while you are alive, then you will probably feel less sorry. Before closing your eyes for the last time, be happy, in your friends, love your people, learn a lot, make new relationships. Just don’t live for them, what’s left. Live for yourself because according to them you are not human.