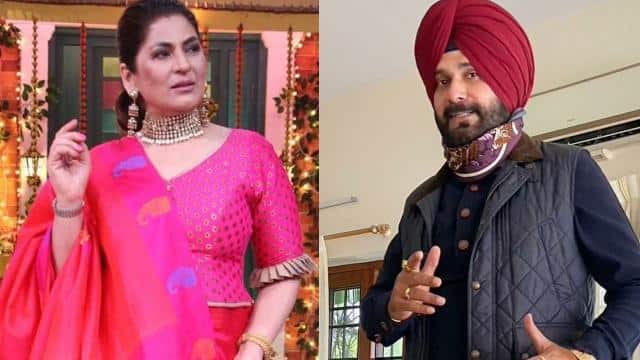 Ever since Navjot Singh Sidhu has resigned from the Punjab Congress Chief, he has been in tremendous discussions ever since. Many people have started speculating on social media, Sidhu may return to ‘The Kapil Sharma Show’. He has been a part of this show in the past and when Sidhu left the show in 2019, Archana Puran Singh replaced him. At the same time, now that speculations are being made about Sidhu’s return, Archana has spoken openly on this during her latest interview.

where is the heart

Archana Puran Singh appears as a special guest on ‘The Kapil Sharma Show’. At the same time, his laughing style makes the audience laugh too. Now according to a report in DNA, Archana has recently talked about Sidhu’s return on the show. She said- ‘If really Sidhu wants to come on the show in my place, I will have many more things to do which I have been denying for months. Because I shoot for the show two days a week. I get a lot of assignments that are outside India, but I don’t have to because of commitments to the show.

Those who think I have nothing to do…

Let us tell you that apart from internet users, the cast of the show has also been seen jokingly teasing Archana about Sidhu’s return. On this, Archana says that ‘Kapil’s writers come with many types of jokes, I can’t do anything else just laugh because they are funny. Those who feel that there is nothing for me to do on the show, then come on the set and see that sitting in one place for 6 to 7 hours, facing the stage… listening to everyone’s jokes and on that It is not easy to react.