Aryan Khan told NCB – for how many years have been taking drugs, father kept crying after talking to Shahrukh 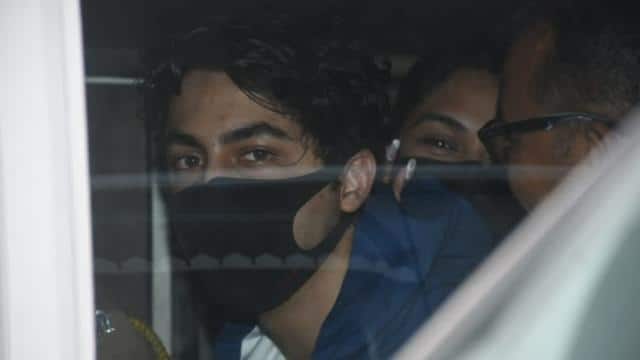 Shahrukh Khan’s son Aryan was arrested by the Narcotics Control Bureau on Sunday. Several people were detained during the rave party at the cruise ship. After this, 8 people including Aryan were arrested by NCB. According to reports, Aryan Khan cried during the interrogation. He also told how long he has been taking drugs. On Sunday, Aryan, Munmun Dhamecha and Arbaaz Merchant were produced before the Metropolitan Magistrate, where they were sent to the NCB’s custody till October 4.

Aryan kept crying throughout the interrogation

Aryan Khan is in the custody of NCB. His interrogation is going on. According to the reports, during this time he talked to his father Shahrukh Khan for 2 minutes. According to the India Today report, a source close to NCB said that as soon as Aryan was questioned, he started crying. He talked to father Shahrukh Khan for 2 minutes and during this he cried a lot.

When Aryan Khan was nervous in checking, the suspicion of NCB increased, when the officer asked him to walk, he said…

According to the report, Aryan told NCB that the groom has been taking drugs for 4 years. He had taken drugs even when he lived in UK, Dubai and other countries. Along with Aryan, his friend Arbaaz Merchant has also been arrested. Aryan went with him to the cruise party. Aryan told that he has been friends with Arbaaz for 15 years. According to the report of Mid Day, charas was found in the shoes of Arbaaz, friend of Aryan Khan. Aryan later told that both of them were going to take this charas.