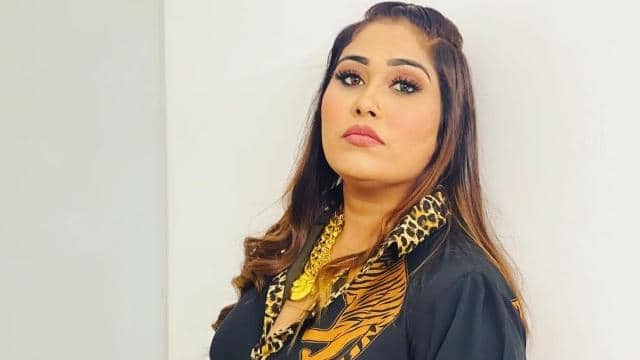 Various updates are coming out about the reality show ‘Bigg Boss 15’. Due to which the excitement of the fans about this has increased even more. Speculations are being made about many names in the list of contestants of the show. Recently, you will be surprised to know about the news that is coming about the potential contestant of this show Afsana Khan. According to media reports, Afsana has been out of the show a few days before taking entry in BB House and has returned to Punjab.

Afsana Khan is a Punjabi singer and she was going to be a part of Salman Khan’s show this time. At the same time, according to a report by Spotboye, she was staying in the hotel during the quarantine and last evening she started having panic attacks in the room. After which medical help was immediately given to her and Afsana decided that she would no longer be a part of ‘Bigg Boss 15’.

At the same time, in the midst of these reports, Afsana Khan has shared a post in the story on her Instagram account, in which she has written – ‘I am not well. Pray, I am very ill. Let us tell you that so far the names of 9 contestants have been finalized for ‘Bigg Boss 15’. Apart from Afsana Khan, the names of Tejashwi Prakash, Karan Kundrra, Simba Nagpal, Prateek Sahajpal, Shamita Shetty, Nishant Bhatt, Donal Bisht and Umar Riaz are included. The show’s host Salman Kham has also returned from Mumbai for the shoot. He had gone abroad for the shooting of Tiger 3.