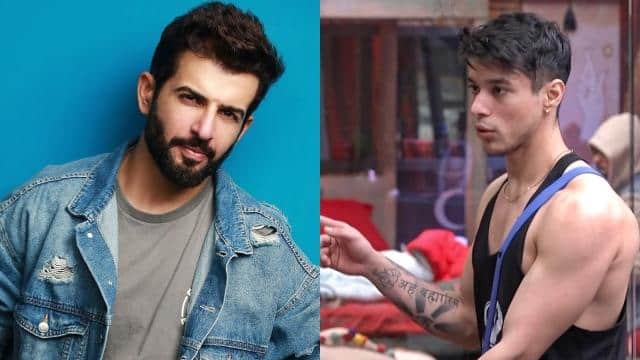 Bigg Boss 15 has just started and the period of fights and fights has also started. Two big fights are going to be seen in Bigg Boss 15. Which will surprise the audience… Prateek Sahajpal, who was in discussion about his migration even in Bigg Boss OTT, now clashed with Jai Bhanushali. There was such a scuffle between the two that the family members were stunned. Prateek accuses Jai of abusing and ransacked the Bigg Boss house.

this was the task

Actually, as soon as Bigg Boss 15 starts, the house has become two parts. In the first part, Bigg Boss OTT contestants Shamita, Prateek and Nishant have got a place, while the rest of the housemates are in the jungle. Meanwhile, the forest dwellers have got a chance that after completing a task, they can go inside the house, but the OTT contestants have been given the responsibility not to let the forest dwellers complete the work. Nomination is also attached to this task. Just in this affair, Prateek and Jai clashed.

Prateek was inside the house but there was some argument with Jai and he immediately came out and got into an argument with many of the forest dwellers. During this, he also fought with Karan Kundrra, Umar Riaz … After some time once again Pratik’s argument with Jai started. Jai said that Prateek grabbed his collar and he abused Prateek… After this Prateek also proceeded in anger then Nishant caught him, behind Pratik there was a glass door and he elbowed it in anger. There was a heavy crack on the door and the door broke.

Before this Afsana Khan and Vidhi Pandya also fought. During the fight, Afsana called Vidhi a maid and things escalated, although the family members came and handled the matter somehow. Went.

Share
Facebook
Twitter
WhatsApp
Previous articleShahrukh Khan’s special friend gave a reaction on Aryan’s arrest, said – Children may make mistakes but…
Next articleSussanne Khan came in support of Aryan, said – it is sad and wrong because he is a good child
RELATED ARTICLES
Entertainment