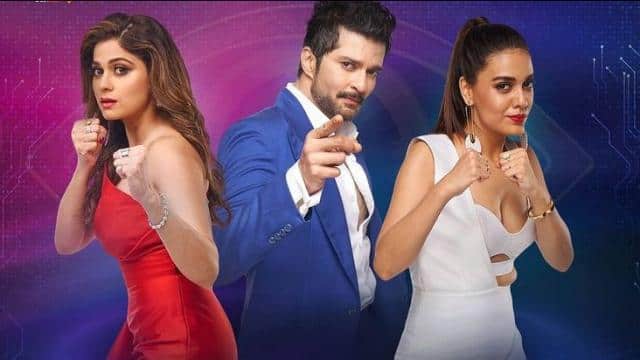 The journey of ‘Bigg Boss OTT’ is at its last stop. Only 3 days are left for the grand finale of this show. Where the contestants including Divya Agarwal, Shamita Shetty, Rakesh Bapat, Nishant Bhat, Prateek Sahajpal and Neha Bhasin have reached the final week. The fans of the show are desperate to see on whose head the crown of Bigg Boss OTT will be decorated. If you are also very excited about the grand finale of the reality show Bigg Boss OTT (Over The Top), then this news can prove to be beneficial for you.

Remaining contestants will be part of Bigg Boss 15!

According to the report, before the finale of the show, the cards of two contestants will be cleared and the remaining 4 contestants will reach the finale. It is being said that whatever contestants will survive after the public’s votes, they will also become a part of ‘Bigg Boss 15’. Karan Johar will host and announce the winner’s name on the day of the filming.

Let us tell you that ‘Bigg Boss OTT’ started about 5 weeks ago i.e. on 8th August. The stars had entered the house as a connection in the show. The show has reached its end.

When and where to watch Bigg Boss OTT Live?

The finale of ‘Bigg Boss OTT’ will start on September 18 at 7 pm. This video will be streamed online on the streaming platform Voot Select. You need to have Voot Premium subscription to watch the finale on your screen.

Bigg Boss 15 will premiere on October 3 at 9 PM on TV. Hosted by Salman Khan, the show will air from Monday to Friday at 10:30 pm and Weekend Ka Vaar will air on Saturday and Sunday at 9 pm. Salman has hinted in the promo that ‘Bigg Boss 15’ may start with a jungle. There is talk that the least amount of facilities will be provided to the contestants in the show.