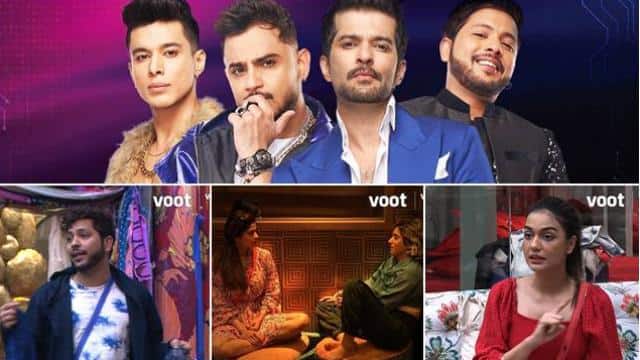 public questions
‘Sunday Ka Vaar’ started with the question of the public. Some questions from the public were asked from the contestants. At the same time, after this, Karan Johar also talked to the members of the house on different issues one by one. Some praised the contestants, while some were also reprimanded. While answering the questions, there was also a clash between Akshara Singh and Prateek Sahajpal.

Nishant – Shamita face to face
There was also an argument between Nishant and Shamita. Nishant raised questions on Shamita about doing the task in the show. Nishant said that if Shamita raises questions on others, then she should not do that work herself. For this, Nishant spoke about Shamita not doing the task, to which Shamita said that she did not do that task because that task was given due to Divya’s mistake.

Ronit and Richa’s entry
Ronit Roy and Richa Chadha arrived on the show to promote their upcoming web series ‘Candy’. During this, Ronit and Richa told each other’s OTT things and also told each other’s scenes. After this, Richa and Ronit also played Sin’s game. Contestants told each other sins with candy boards. At the end of the episode, there was a heated argument between Shamita Shetty and Nishant. Where Rakesh was also seen stopping Nishant.

who was out of the house
Remind that this time Milind Gaba- Akshara Singh and Divya Agarwal were the nominees. In such a situation, Karan Johar, while giving the verdict of the public, told that the journey of Milind Gaba and Akshara Singh ends.

Share
Facebook
Twitter
WhatsApp
Previous articleEXCLUSIVE: When will Richa Chadha give good news about marriage with Ali Fazal? Reacted like this on trolls and nepotism
Next articleGautam Rode, Mallika Sherawat and Esha Gupta will be seen embroiled in the mystery of the murder case, know when and where ‘Nakaab’ will be released
RELATED ARTICLES
Entertainment