Bigg Boss OTT: Singer Neha Bhasin became the first confirmed contestant, said in the promo- ‘This voice is not afraid of anyone’ 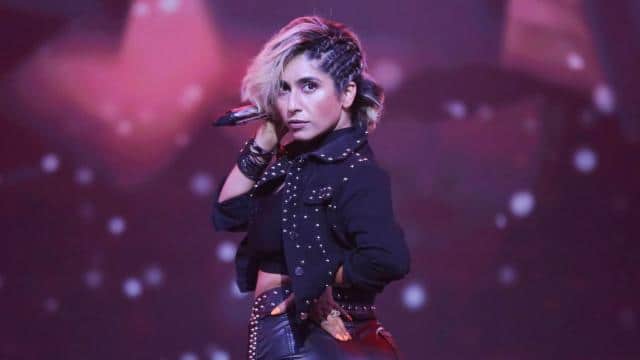 Contestants of ‘Bigg Boss OTT’ were being awaited for a long time. After all, the makers have announced the first contestant. ‘Bigg Boss OTT’ will be shown on Voot six weeks before TV which will be hosted by Karan Johar.

who is the first contestant

The OTT platform has shared a promo video in which the first contestant of the show has been confirmed. Singer Neha Bhasin will be a part of ‘Bigg Boss OTT’. At the beginning of the promo, Neha sings the song ‘Bajre Da Sitta’. She says, ‘Get ready to hear my voice in the Bigg Boss house. This voice also sings, resonates but is not afraid of anyone.

‘Bigg Boss OTT’ will air from August 8. Let us tell you that Neha Bhasin is a famous singer. His main songs include ‘Jag Ghoomeya’, ‘Dhunki Lage’ and ‘Chashni’ among others.

Common people will get power

In ‘Bigg Boss OTT’, many well-known actors will entertain the audience through the show. This time the ‘Uncommon Powers’ of ‘Bigg Boss OTT’ are being given to the common man by ‘Janata Factor’. Through this, you will get the power to choose the contestants of your choice, retain them in the show, give them tasks and get them out of the show.

A promo of ‘Bigg Boss OTT’ was released. In the promo, Salman Khan is seen warning the audience that this time the season is going to be full of madness and sensation. He has said that this time the Janata factor will be over the top. In which special powers will be given to the common man.

Share
Facebook
Twitter
WhatsApp
Previous articleIndian Idol 12: Taimur Ali Khan made a special gift for Nana, Randhir Kapoor said – ‘I will go to meet now’
Next articleAfter ‘Mirzapur’, Pankaj Tripathi-Rasika Duggal’s pair will be seen in ‘Sherdil’, know what is their role in the film?
RELATED ARTICLES
Entertainment