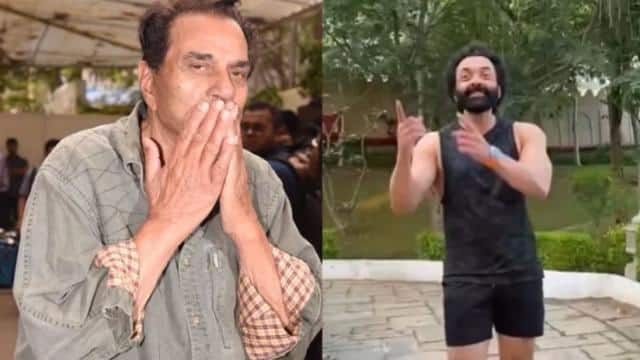 Bollywood actor Bobby Deol has shared a video from his Instagram handle, in which he is seen walking in the garden. While sharing this video, he has told his most favorite place. Seeing this video of Bobby, the comment of his father i.e. Heman Dharmendra of Bollywood is in the headlines.

Bobby was seen among the green trees and bushes

Bobby Deol often shares his pictures and videos on social media. Sometimes he has won accolades by sharing photos while spending time with his wife and sons. However this is not the case this time. This time Bobby has shared his solo video, in which he is walking on a beautiful path, which is surrounded by lush green trees and bushes. In the middle of the garden, Bobby gestures and smiles and says, “I love this place.” Sharing the clip, Bobby wrote in the caption with the hashtag “Nature” – My favorite place to be.

As soon as Bobby shared this video, crores of fans have shared heart and fire emoticons while reacting in the comment section. However, the comment of his father actor Dharmendra made the day of his fans. On the son’s video, Dharmendra writes, “Love you, Bobby. Keep it up.”

Let us tell you that Dharmendra is also a nature lover. This is the reason why he stays at his farm house in Punjab these days leaving the glare of his Mumbai. Where he does many other things from farming, so that he can stay as close to nature as possible. That’s why he could not stop himself from commenting after watching Bobby’s video.

Bobby was last seen in the Babe series Ashram. Right now he is busy preparing for the second season of these series. Although apart from this, he also has many interesting projects. His coming time is very good and impressive as his ‘Love Hostel’, ‘Animal’, ‘Penthouse’, ‘Apne 2’ and finally ‘Ashram Season 2’ are all set to release.