During the promotion of ‘Bhoot Police’, the photographer told Yami Gautam – ‘Fair and lovely here…’, see the befitting reply of the actress in the video 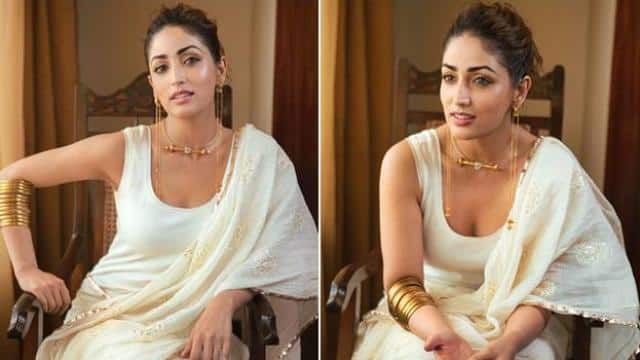 Bollywood actress Yami Gautam is in discussion about her upcoming film ‘Bhoot Police’ these days. Yami is also promoting the film a lot, meanwhile a video of the actress has surfaced, where she is seen giving a befitting reply to a photographer.

Fair and lovely here…
In fact, recently Yami Gautam was getting a photoshoot done during the promotion of the film Bhoot Police in Mumbai. During this, a photographer said – ‘Fair and lovely here… in front’. Yami did not like this thing and she said- ‘Once more said na…’, after this Yami said, ‘Say with respect, not such names.’ Remind that Yami endorses one such brand.

Bhoot Police to release on September 17
Let us tell you that Bhoot Police will be released on OTT. The film will release on September 17 on Disney Plus Hotstar. Saif Ali Khan, Arjun Kapoor, Yami Gautam and Jacqueline Fernandez will be seen in the lead roles in the film. The trailer of the film was released some time back, which got mixed response from the audience. At the same time, the songs of the film are also being released slowly.

Arjun is happy doing comedy
Remind that the film Bhoot Police has been shot in Himachal Pradesh last year. Kareena had gone to Dharamshala during the shooting. At the same time, Malaika also reached with Arjun Kapoor. Pictures of Saif-Kareena and Malaika-Arjun went viral on social media. Talking about ‘Bhoot Police’, Arjun told SpotboyE, “I am very excited about the film. I am really happy that I am getting a chance to experiment at such times. I think it is very important to make people laugh. It is important. I am happy that ‘Bhoot Police’ is my next film.”