Exclusive: After ‘Candy’, Ronit Roy will be seen in Ranbir’s Shamshera and Vijay Deverakonda’s Liger, know why he likes negative characters 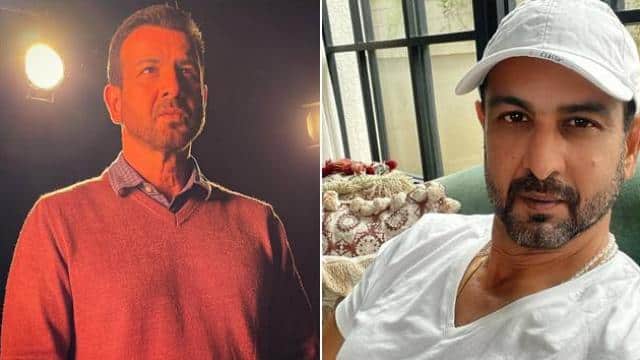 Actor Ronit Roy’s name is one of those stars who have been active in cinema for a long time and have so far won the hearts of the audience with different characters. Ronit will soon be seen in Voot’s web series Candy. Ronit had an exclusive conversation with Hindustan before the release of Candy.

Born in Nagpur, Childhood in Gujarat… No film background… So how did the idea of ​​entering the acting world come about?
I lived in Gujarat, I was fair, had long brown hair. In Gujarat, such people are called Bhuraya, which means brownie. Then as I grew up, people started telling me – Hey hero listen, hey hero do this, hey hero has come. When I used to hear this again and again, I thought to myself that maybe there is something wrong, let’s try. Papa wanted me to become an engineer, Papa had said that study first and then do whatever you want to do. After studying, he came back to Mumbai and the journey started.

You recently shared a fan video on social media, highlighting your Shades of Grey character, Do you personally like heroic characters or negativists – what’s more challenging to play?
I have done a variety of characters till now, from romantic to hardcore killer. Brother, coach, father, good-bad husband came in this. It seems to me that when your existence is flawed, that character is better for people to see. There is a character who is good, beautiful, calm, how long will you watch him? What is wrong with us is what makes us human. That’s why I enjoy doing such characters and find it challenging. The challenge in this is how do you make negative trades respectable.

You have been active in cinema for a long time, even after doing a lot of different characters, any character you want to do, any dream character?
Yes I used to say in my childhood- I want to do 007 James Bond, but now my days are gone. Whatever else has been an iconic character, it has started with pen and paper. There is nothing in the mind that something like this has to be done, but something magical has to be done so that it can be fun.

What was the most important reason for saying yes to ‘Candy’?
The special thing about ‘Candy’ is that there is no such character in it, which is absolutely perfect. There is a hidden devil in every character that they are fighting. Each character is hiding something from the world. There is something special in the story as well. It is the endeavor of this show to bring those hidden things in front of the world. When all the characters come together, there is a clash, which is a lot of fun.

Ronit, is there one thing about you that you want the whole world to know?
I don’t think there is any such thing, only one or two controversies have happened with me selectively, because of mistake… on that too the government has given me a clean chit. Long ago someone taught me that if something needs to be hidden then that thing is wrong, don’t do it. We are in a family who know each other’s passwords. Children do what they see their parents doing. I have some fans who are aware of my every minute. I am an open book.

your upcoming projects?
After Kandy, Shamshera is ready, other films are in talks. Apart from this, there is Liger with Vijay Deverakonda. After that new projects will start, and when they don’t start till then can’t say anything. You’ll know when it starts.