EXCLUSIVE: Ankita Lokhande, Sushant Singh Rajput to be seen in ‘Pavitra Rishta 2’ – said this to trolls and ‘Bigg Boss’ 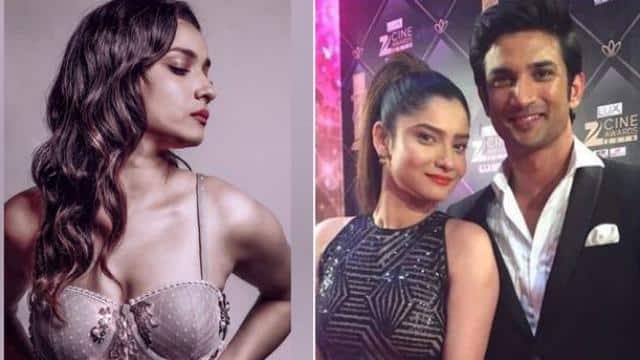 The name of actress Ankita Lokhande is one of those actresses who have made a different place for themselves in the industry on their own. Ankita will soon be seen in ‘Pavitra Rishta 2’. The trailer of Pavitra Rishta is receiving a lot of love from the audience. In such a situation, before the start of the show, Ankita had a special conversation with Hindustan and mentioned Sushant Singh Rajput along with the show.

You don’t belong to a filmy background, so how was the family’s reaction when you decided to go for ‘Cinestar Ki Khoj’ and then pursue acting as a career?
Actually my family understood that I am very filmy. My family used to think that I can do something in this field, they used to think that I have that thing. I think every parent should always focus on what their child wants to do, because not every child can be good at studies. My parents always supported me. I loved dancing more than acting. Parents supported me a lot and today I am here on their strength.

You have won many awards along with the hearts of the audience in your career, according to you, do awards help in getting work?
I never thought about it, getting work or not getting it was not a priority for me. I don’t think much, I am very happy just doing what I do. Yes, I have won many awards, and this thing motivates you. Rest I have been very selective in my work, you get appreciation from awards, that is enough for me.

Are you following Bigg Boss? Who is the favorite contestant? Do you ever plan to appear in Bigg Boss?
This happens, almost every time with the announcement of Bigg Boss, my name also comes to the fore that I am coming to Bigg Boss. I like Bigg Boss, I love the voice of Bigg Boss. I think it takes a lot of courage to do Bigg Boss. This time my friend Nishant is also present in the show. The rest I haven’t thought of yet, let’s see what will happen next.

Roomers are often flying about the stars, there has ever been such a roomer, after hearing that you have made your heart wish that it was true?
I think my whole life has been roomer. People think I am very arrogant because I am very straight forward. I can’t keep everyone happy. I remember that long ago I was shooting for Pavitra Rishta, then Sushant and I were sitting in the car, because there was a lot of dust outside, so Sushant and I raised the glass of the car. Then someone came and said that no Archana- Manav (names of Ankita and Sushant’s character in Pavitra Rishta) cannot be like this. Because what they see, they understand you the same way. People should understand that we too have a life, there is a big difference between personal life and character.

What are your thoughts about social media?
Actually social media is my personal thing. I believe that whatever I have to do, share, I will do that. To whomever you want to speak, say it… don’t speak, don’t speak. Some people say good things and some people say bad things too. We are all trolls too, but I am ready for both. Love and troll are both things… I can’t keep everyone happy.

Will there be anything new to see in ‘Pavitra Rishta 2’?
The show will have the same old love and family bonding, but you will get to see a new human. We are trying to show old things in a new way. I believe that love is always beautiful.

When the name of ‘Pavitra Rishta’ comes to mind, Sushant’s face comes to mind? Is he ever mentioned on the set?
Sushant is not mentioned in Pavitra Rishta, it cannot happen. Sushant will always be a human being for me, the impression he has left…we will just try to take that forward. Pavitra Rishta is an emotion that connects when viewers watch the show. I am associated with Pavitra Rishta, I have done this show for about five and a half years, so when I got the offer this time, I could not refuse it.

If you want to define yourself in one word, how will you do it?
I will choose the word Happy for myself. I am a very happy person, and always try to make everyone around me happy. I always keep myself happy, so that I can keep others happy too.

your upcoming projects? Any web series or film other than TV?
There are some films, which will start from January. The rest is a pure relationship for the time being and I am sure everyone will like it a lot. It was not easy for me to do Pavitra Rishta after years, I was nervous, but I am sure the audience will love it.