Fardeen Khan ready to return after 11 years, will do ‘Blast’ with Riteish Deshmukh 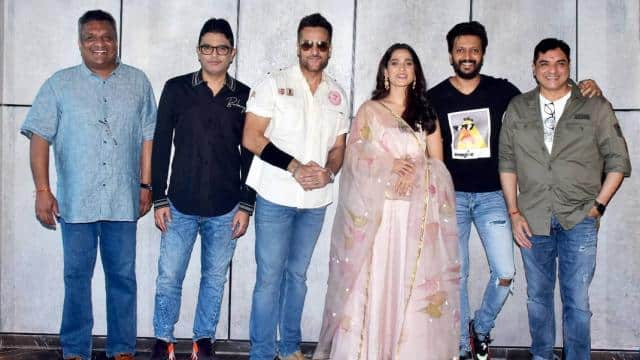 Riteish Deshmukh and Fardeen Khan will be sharing the screen together for the first time in 14 years with ‘Blast’. Apart from these two, the film also stars Priya Bapat in this project. The film is the official adaptation of Rock, Paper, Caesar (2012), which was Venezuela’s official entry at the Oscars in the same year.

Intense Thriller Hai Blast
This intense thriller depicts the world clash between the highlands of Midtown Mumbai and the depths of Dongri. Bhushan Kumar, who produced the film, says, “As a producer, I am always on the lookout for something new. On this journey, we have Sanjay Gupta, who has a signature style of making films and we have it. Kookie Gulati is there to run. From Fardeen, Ritesh to the team, we have all the fires of Blast’s title.’

what does the director say
Director Kookie Gulati said, “I have thoroughly enjoyed the kind of films Sanjay Gupta has made. I have also liked the enthusiasm with which Bhushan Kumar has endorsed excellent films. This combination and the opportunity to work with actors like Riteish and Fardeen is really rare. I can’t wait to share this incredible story with the audience.

Fardeen’s comeback after 11 years
Let us inform that with this film, Fardeen Khan is making a comeback after almost 11 years. Earlier, he was seen in the 2010 film Dulha Mil Gaya. It is worth mentioning that Blast, presented by T-Series and Sanjay Gupta, is going to be produced by Bhushan Kumar, Krishan Kumar, Anuradha Gupta and Sanjay Gupta and directed by Kookie.V.Gulati.