Happy Birthday: Dhanush is a devotee of Shiva, if he does not become an actor then choose this profession 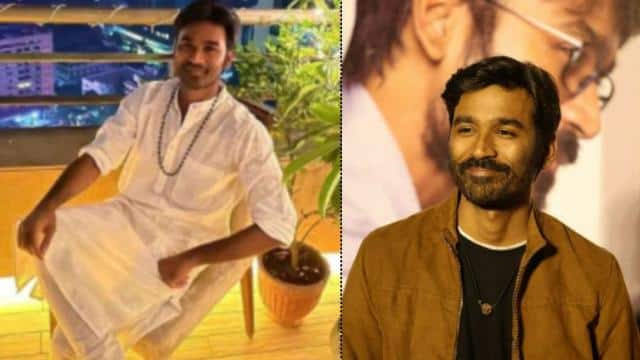 Actor Dhanush, who made his Bollywood debut in 2013 with Aanand L Rai’s ‘Raanjhanaa’ after working his magic in South films, is celebrating his 38th birthday today, July 28. Today, on Dhanush’s birthday, we will talk about some special and unheard things related to his life.

Strong acting in these Bollywood films

In the film ‘Ranjhana’, Dhanush won the hearts of his fans with the role of Banaras Chhora ie ‘Kundan’. Due to his dialogues and acting in the film, people understood him to be of Banaras. After proving his acting in this film, Dhanush appeared in the second Bollywood film ‘Shamitabh’ with Amitabh Bachchan. He once again managed to win the hearts of the audience with this film.

Apart from being an actor, he is also a singer.

In the year 2011, Dhanush’s name was on everyone’s tongue. The reason for this was his song ‘Kolaveri Di’ from his film ‘3’, which broke many records. This song also got the YouTube Golden Award. This song is the pride of every nightclub and party today. Due to this song, Dhanush became very famous. According to the same report, the song ‘Kolavari Di’ was written by Dhanush in just a few minutes, even today this song remains on the tongue of the people. Apart from acting, Dhanush also writes a singer, director and lyrics.

Very few people know that the real name of this actor of South fame is Venkatesh Prabhu Kasturi Raja. Dhanush was born the son of Tamil film director and producer Kasturi Raja. Already having a film background, he became a part of acting. According to the report, Dhanush turned to films at the behest of his brother director Selva Raghavan. However, Dhanush wanted to become a chef after getting a degree in hotel management.

Dhanush is a Shiva devotee

Dhanush, who has mastered acting, is a devotee of Lord Shiva. Not only this, there are so many worshipers of Shiva that they have named their two sons Linga and Yatra Raja after the name of Shiva. Dhanush married Rajinikanth’s elder daughter Aishwarya Rajinikanth on 18 November 2004.

Now on the work front, Dhanush was recently seen in ‘Jagme Thandiram’ released on Netflix. Dhanush’s upcoming film is Aanand L Rai’s ‘Atrangi Re’, in which he will be seen alongside Sara Ali Khan and Akshay Kumar.